Into the Deep End 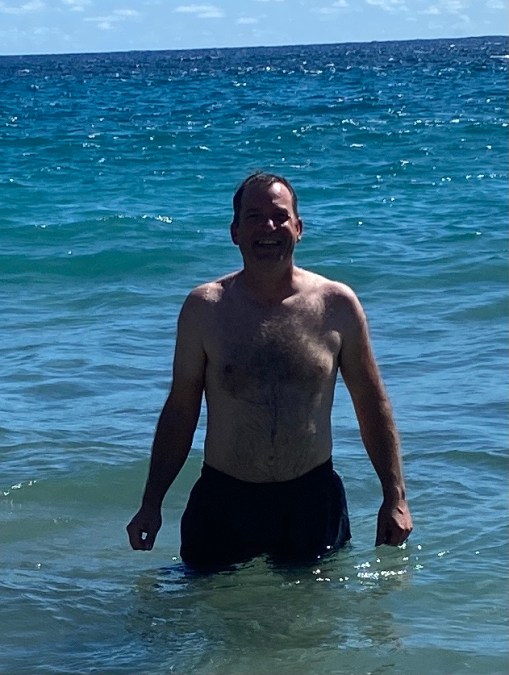 Special intro that I will be taking out once I post this. If you are on my email list, you get this automatically. I think. I am wrestling with the email thingie so really have no idea.

I am writing again, redoing my website, refocusing it and I’ll be adding content again. I’m going to continue to be me. Just wait until you hear the story about how I am now red flagged at the international border crossing. But then it is also time to dive into a project that has been on my mind for a decade or two: “Friends of GInA.” I hope to eventually make it into its own website but, for now, I’ll be getting started on it on this website. Check it out (and share) if you have a mind to:

But on to the column…

I was invited to be on a podcast to promote my new book, “Disconnected: An Odyssey Through Covid America.” The podcast, “Before You Kill Yourself” is hosted by Leo Flowers, a TEDx speaker, stand up comedian, personal coach and has a Masters in Counseling/Psychology.

Though I was a hundred miles away, this is kind of what it felt like:

I walk in all spiffy, freshly shaved, in a collared shirt, slacks, my expensive but very comfortable shoes and holding a copy of my book under my arm. Leo, a large man, greets me, shakes my hand with a firm grip and we start to chat. He knows I have a speech impediment so he is making me comfortable with small talk before we start the interview.

Small talk was over. He seizes me, rips off my clothes and tosses me into the deep of the end of the pool where the secrets behind the book are waiting.

What did I expect? It’s a suicide prevention podcast. It’s called, “Before You Kill Yourself.” And I had revealed to Leo the motivation behind the book, behind the odyssey through America.

He jumped into the pool with me, kept me afloat, and we started talking.

The big reveal came first. I had hinted at it throughout the book, slipped in bits and pieces that some few had figured out, but Leo brought it out front and center.

Yes, I had planned on killing myself. It was a well thought out plan that had evolved over a year. It is a much longer story, contained in the book and the book I am working on now, but I was just so damn exhausted I just didn’t see any point on going on. So, I got rid of everything, disconnected from everything and everybody, and went on a final adventure. At the end of the adventure, the plan was find some nice, quiet place to end my life.

I also played the lottery. It was sort of like if you are down to your last dollar and you know the collection guy is coming the following day, you use the dollar to buy a lottery ticket. I figured that my odds were about the same.

It was ironic, I told Leo, because family members thought I was manic. I didn’t blame them. It’s in the genes. I could see exactly how they saw it. But it was actually the opposite. I found that interesting: a violent reaction to a depressive episode that could be perceived as a manic episode.

But the exhaustion eased while I was on the road, the depression eased. I also found tools, teachers, and glimpses of the extraordinary.

When I finally settled down in Texas after the journey, that is when things got really ugly.

Leo and I would go on to talk about depression, suicide, suicidal idealization, being parentified, boundaries (or lack thereof), my inner child, and other things as we did laps in the deep end of the pool. He kept me from slipping under.

It was an exhilarating experience.

Then, Leo got out of the pool. As he was toweling off, he asked me the final question, the final question he asks every guest: what would you say to someone that is about to kill themself? That’s when the demon came up, grabbed me by the ankles and pulled me under. Leo had his back turned so didn’t see me sputtering and gasping.

The question triggered me because I am still on that particular doorstep. I really didn’t have an answer. Or at least not one that would do anybody any good. I’m still suicidal. As I had explained to Leo in the interview, suicidal thoughts are nothing new to me. I have had them on and off for all of my life. They are like a swarm of gnats on a summer evening. I brush them aside and move on. The crisis had turned the gnats into a swarm of hornets, but I still hovered on the doorstep. The swarm was back to gnats on a summer evening but they fill my mind and choke me at times. “What would I say to someone that was about to commit suicide” became “What would I say to myself?”

I made my way to the shallow end of the pool and found more solid footing in a previous column I wrote.

The doorstep to suicide is the loneliest place in the universe. I’ve been there, so understand. Many people don’t, and that is understandable. How can someone be expected to comprehend such a distortion of reality? I’ve stood in a room full of people who loved and cared about me–and felt completely alone. While friends and family were giving me hugs, all I could feel was a vile self-loathing for being such a burden on these wonderful people.

The doorstep to suicide is a very cold place. I had always thought differently. When thinking about it, it was a passionate event. A climatic ending. But when I was there, it was a very cold and serene place, like an arctic field. Suicide becomes a rational decision, the only option that makes any sense. It can’t/won’t get any better, so what’s the point? You are standing in that arctic field, alone and bitterly cold. There is no place to go, no shelter, no warmth, no hope.

The doorstep to suicide is a timeless place. Imagine if you will an agony so terrible that it becomes your existence. The pain so awful that it fades into a numbness that encompasses your every breath, until your breaths are a burden. There is just a “now,” bereft of a joyful past and a hopeful future. I was 29 years old and my life was over. I could not remember 28 years of love and joy and could not conceive of the 15 years of happiness that awaited me.

The doorstep to suicide is a selfless place. I would have never of thought that. The opposite really. I had always considered suicide the most selfish thing a person could do. How could they do that to their friends and family? I had been there, been a witness to a person who tried to go through that door and had to clean up afterwards. Selfish, self-centered damnable…but perception distorts as badly as reality on that doorstep. What many consider selfish distorts into selfless. The question, “how can you do that to your family and friends” becomes “how can you NOT do that FOR your family and friends?” How can you continue to exist and allow your existence to drag them down, and do them harm?

I sat on that doorstep for a cold, timeless moment, got up, put my hand on that doorknob…and I am not quite sure what happened. An internal whimper. An upwelling of passion that escaped like a gasp through the ice that made me think: something is not right here. I called Rachel. An old friend. Two thousand miles away. She would understand. But she didn’t. It still made sense to me, to step through that doorway. I hurt so bad. How could she not understand?

“Just one year,” she said. “Give me one year. Put it aside for one year.” If I could make it through 29, then what was one more? Give her one more year. That didn’t make any sense, but, for her, I could do it.

The doorstep to suicide is a place I never went back to, but I still can remember it. I wonder if it was the same for Robin? I wonder if he made a call that went unanswered?

The path to the doorstep is a cluttered place, filled with misconceptions and burdened by the stigma of mental illness.

Depression is a disease.

Depression can be treated.

You are not alone.

You can find the podcast here:

Christopher Gajewski: Overcoming exhaustion; being parentified and what is the cost to yourself of not saying ‘No?’