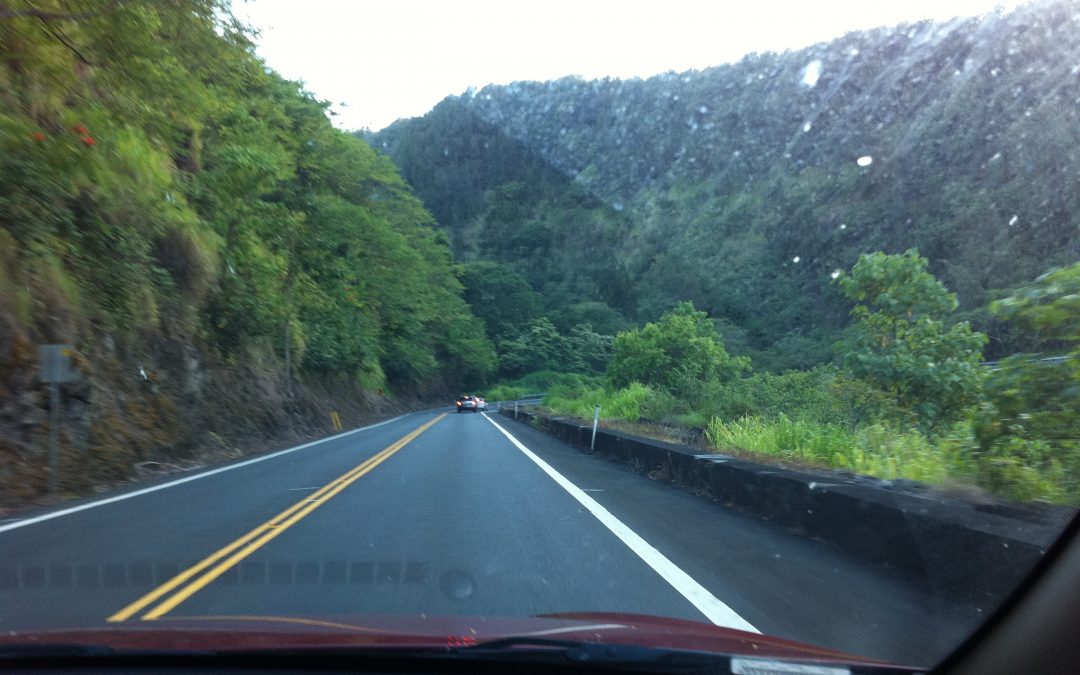 From Pololu Valley, we are going to have to backtrack along Route 270. The road really does just end. The end of the road turns into the beginning of the road and you make your way back down to Hawi.

–-seriously, stop and buy some of that fresh cut, white pineapple—

You might also want to stop in Kapa’au or Hawi and stock up for the next leg of the journey. I stopped for a cup of coffee and ended up sitting there for an hour or two while the girls went from shop to shop to shop to shop…good coffee though.

As you wander through their stores, sometimes just the bottom floor of their houses, a word about how you deal with the locals, both the natives and the ex-pats who now call the Big Island home: be nice to them! I spoke to a couple fellow travelers who said they felt a distance or even coldness from the locals. I got the briefest hints of it. Me being me, however, I smiled, looked them in the eye, and just tried to be pleasant whether I was asking for a cup of coffee or the way to the driving range. Being warm and polite can go a long way.

In Hawi, we’ll be making a left onto what seems like a side street, just an innocuous looking path between two houses. It is actually the beginning (or end) of Route 250, Kohala Mountain Road.

Anywhere on the island, your eyes are drawn to the two main peaks, Mauna Kea and Mauna Loa. The Big Island is actually made up of five volcanoes—with a sixth still under water off the southeast coast. Kohala is the oldest. It last erupted about 60,000 years ago and is considered extinct. Being the oldest, it is also the lowest in stature, with the peak about 5,505 feet. Route 250 follows the spine, or saddle, between Mauna Kohala and Mauna Kea.

There are some fantastic views as you travel the 20 miles southeast towards Waimea. I remember long stretches of tunnel, where the trees made a canopy overhead. There were breaks in the tree line where the land just fell away into valleys. If you look back the way you came, it seems as if a huge mountain is hovering over Hawi—it is Maui off in the distance. The road crests at 3,564 feet and then you are heading down into Waimea, into the heart of cattle country.

Yep: cattle. Beef, longhorns, and yet another word that annoys my wife when I try to pronounce it as I can never seem to get it right: paniolo (Tracy: “just call them Hawaiian cowboys!”). All along 250, and down Route 190 towards Kona, is the original Parker Ranch, once the largest privately owned ranch in the United States at 225,000 acres. Texas can shake a stick at that. There is still a rich tradition that merges the cowboy way with Hawaiian culture and the Mexican cowboys who came over in the early 1800’s to teach the locals ranching. If this is your thing, The Parker Ranch Visitor Center is right by the intersection of Routes 19 and 190 in Waimea.

But we’ll be driving east from the heart of cattle country into what I feel is the heart of the Hawai’i you were expecting when you flew in over those black, cracked lava fields. Though you are still on Route 19 (we took a left when 250 ended), it is now called the (New) Mamalahoha Highway, or the Hawaiian Belt Road. As you travel due east, and then south, you leave scraggly lava fields and immense pastures behind and travel to the wet, or windward, side of the island.

That lush, fertile tropical land speckled with waterfalls that you were expecting? Here it is, and it is glorious. You drive through folds of the earth. It is as if you drew lines on a blanket spread out flat over your bed, and then you bunched it up and crumpled the blanket to leave it in a pile in the center. Essentially, that’s the Big Island of Hawai’i with the uncovered area of your bed the Pacific Ocean. The lines you drew would now be dipping into the crevices and wrapping up through the valleys and gorges you created. Switchbacks and tight turns are as common as bridges, so pay attention to those speed limit signs. Changes in elevation can be as dramatic as the scenery.

It is just a spectacular drive with the ocean to one side and mountain to the other (Mauna Kea). Many consider this the best drive on the island; I consider it the best drive in the world. If you are driving to “destination” points, it is easy to bypass this drive because other routes will get you there faster. But it will truly be your loss.

When I arrived in Hawai’i, I wanted to see two things: topless women in grass skirts doing the hula (aye, I’m male and at 44 making it through puberty is still just a hope) and tropical waterfalls. The former was never going to happen, but the later is plentiful on the northeast coast.

Akaka Falls (one of many but one of the most popular) should not be missed. It is about 3 ½ miles off the main road north of Hilo. The first thing that popped into my head when I saw it was God’s ice cream scooper, as if He scooped out a side of a mountain, leaving a 420 foot waterfall behind. There is a ½ mile paved loop that will take you to the falls. Lots of steps. Lots and lots and lots of steps. You’ll walk through a bamboo rain forest over rivers and streams to end with the magnificent view of Akaka Falls. (If you are in a hurry, and aren’t into the Hawaiian Trudge, there is a quicker way to the falls if you turn left instead of doing the entire loop.)

And then you are down into Hilo, as much of a city as you will find on the Big Island. There is probably a whole bunch of stuff to write here, and a whole bunch of stuff that I missed driving down the Hamakua Coast: the capitol, more waterfalls, the east end of the Saddle Road, state parks, beaches, botanical gardens, etc. But, well, it’s just not my thing.

My time on the Big Island is always limited. Hilo is carved out of a tropical rain forest, and “rain” isn’t an affectation. Hilo is the rainiest city in the United States—look it up: it makes Seattle look like Vegas. And, well, it’s a city. I don’t like cities on vacation. Stop lights? Rush hour? Am I showing my snobbiness again?

We’ll stop for a meal (hello Auntie and Uncle!), and then continue on our way. Highway 11 beckons, down towards Volcanoes National Park… 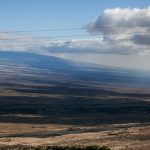 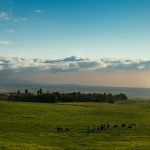 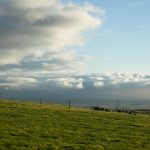 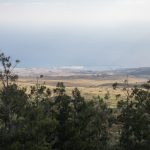 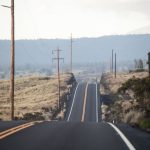 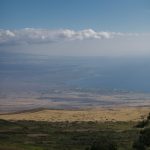 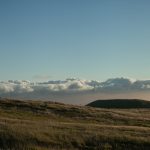 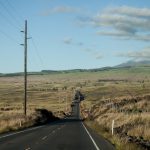 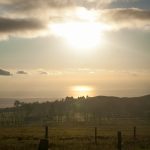 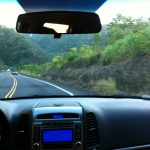 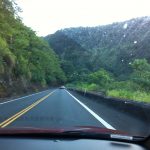 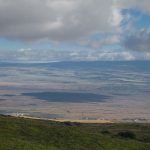 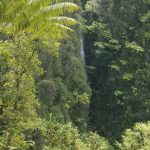 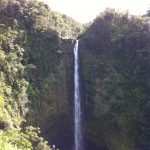 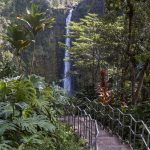 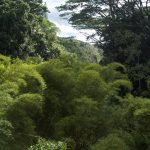 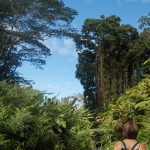 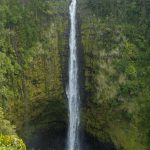 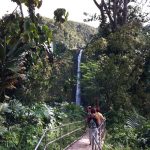 –And this concludes part 3. Yes, I lied. I mentioned geological geekiness as a teaser for part 3 and it just isn’t in here. I’m claiming the “artistic license” defense. I realized that I couldn’t go over 100 miles from Pololu Valley and down through Hilo in just a few paragraphs—it needed its own section. So, lunch with a king and a snack with a goddess as I wear my geek badge will just have to wait until part 4.