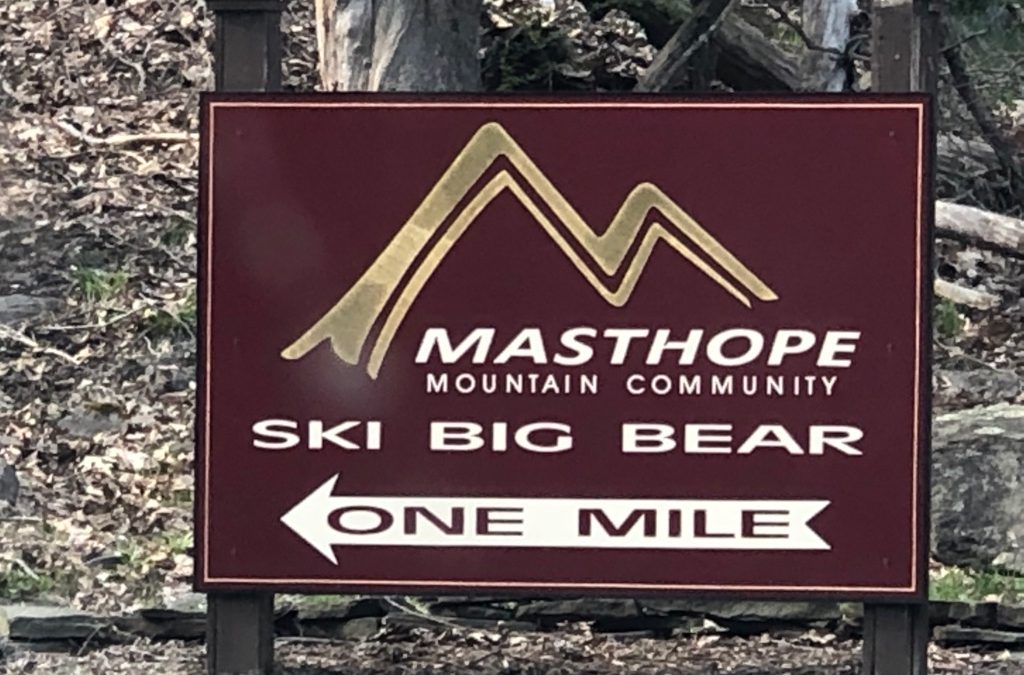 [I wasn’t happy with the one thumb column I did so I figured I’d try to do it justice with two fingers I’ve been using for the last 40 years.]

With a little help from Serena Ryder’s “Stompa”

All the pain that you feel, I can prove it’s not real….

Just seemed appropriate. I really didn’t do well today with the stay at home order. I’m not quite sure where I am, but I’m not there. Everybody who knows me– including former teachers, drill sergeants, and employers–know I don’t do well with staying still. But this all is a bit different.

It’s clamping down on me, particularly at night. I had felt the music back in me, the music that surges forward when I am driving. It left when Covid 19 rounded the bend. I can only do so much electrical work and landscaping and that just gets me through the days. At night, though, the depression is clamping down on me again, all the feelings that are breaking off pieces of the music in me.

Stompa is on my driving playlist, enough songs for a good eight hours of driving. It hit somewhere on the Northeast Extension around Allentown where I was heading east. The music surged forward to push back the darkness.

It’s the bridge of the song. When you can’t seem to shake off…and then she belts out, “All the pain that you feel, I can prove it’s not real…”

…there’s just one thing you gotta do.

A couple years back, in the span of four years, I lost the three people I was closest to in high school. And then there was the decade before that where I lost a lot of people who still walk this earth. Life gets overwhelming at times and in a blink, chunks of it are gone.

The greatest gift of youth is immortality. You have all the time in the world and are invincible. You shed that protective shell as you get older until you are left staring at something. I’m staring at the walls of the house that I was supposed to sell, at the map of Italy where I was supposed to be resting after 15 years of forced labor, at the credit cards I’m using to refurnish the house I just unfurnished. As the depression clamps down, and clouds perception, I’m staring once again at a bleakness.

I think the opening sequence in the movie, “The Rundown” is the greatest of any movie. After beating the hell out of a pro football team, some old fat guy shoots The Rock with a bean bag gun and steals his prize. Man makes plans; God laughs.

What does that have to do with anything?

“Gotta get up, listen to me
Clappa your hands, stompa your feet”

A ride to Masthope, PA. Friends have a house there they have been inviting me to for years. I am not welcome and hope I don’t piss them off too bad. I’m not planning on even trying to intrude on their quarantine. I love Liz to death and wouldn’t think about it. Mamma bear is protecting her cubs and I respect that. But I needed a destination, and my sense of humor got the better of me.

“Gotta get up, listen to me
Clappa your hands, stompa your feet”

So I took pictures of the Masthope sign, hung out in what I imagine passes for the town center, and sent her a few pictures. The sense of humor gets me into trouble all the time. Has for decades. The depression gets me into worse trouble, and has for decades.

“People working every night and day
Never give yourself no time
Got too many bills to pay
Slow down, nothing’s gonna disappear
If you give yourself some room
To move to the music you hear
Gotta get up, listen to me
Clappa your hands, stompa your feet”

No, Mamma Bear, I’m not intruding. But I needed the music to surge forward, push back the darkness. Maybe just for a little while. It’s a long ride back home, to stare at walls in a empty home.

Good tune. I think I’ll start with that one as I make my way back to Chadds Ford. Though that 14 hour stretch to the Maine/Canadian border with the music urging me onward and a new destination is very appealing. I know I won’t be welcome in Canada but after having been at the end of I95 dozens of times, seeing the beginning of it would be cool—in a geeky kind of way. 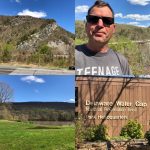 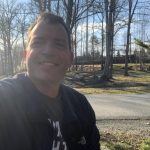 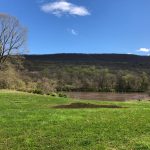