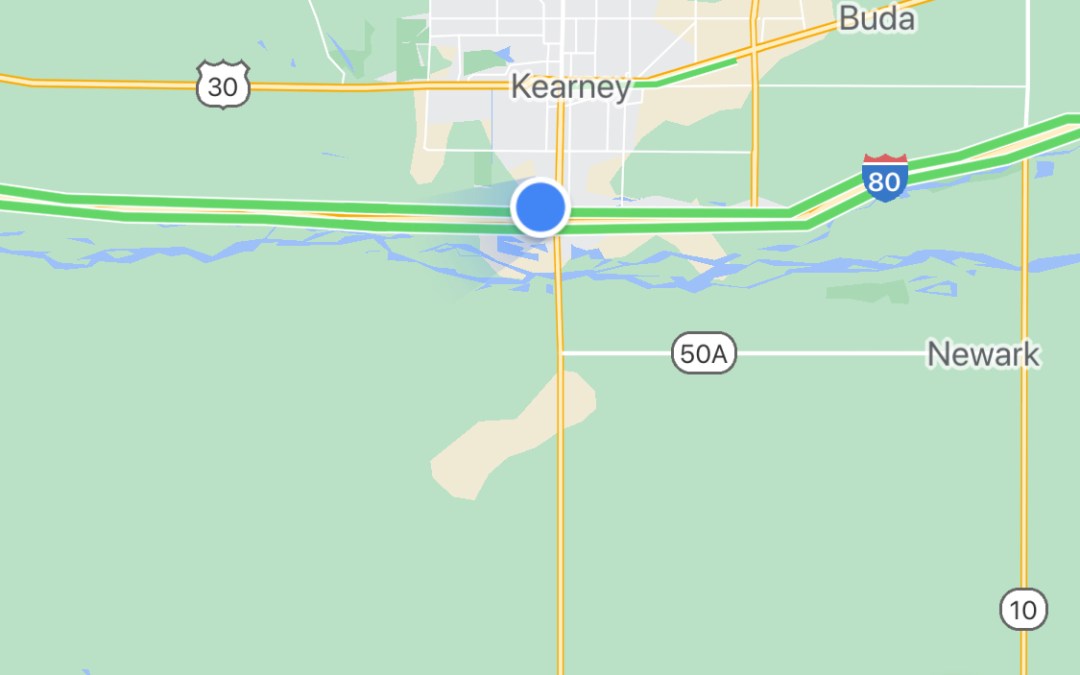 Thankfully, or else you might have me committed, very few people have seen the epic arguments I’ve had. With myself. It’s not a multiple personality thing; it is one personality trying to make a decision. It is really tough being me sometimes.

I’m not sleeping well. Not sleeping well and long drives don’t go well together, especially along long straight roads that just shimmer in the distance. That shimmering is like a hypnotic effect. I have never fallen asleep at the wheel. I did find on drives, to and from Miami, that closing one eye for rest is not a good idea—one lesson I did learn after hitting the bumpy edge of the highway a few times.

“Start driving,” I was telling myself.

“Go back to sleep,” I was telling myself.

“You have to be somewhere,” I was telling myself.

“You don’t have to be anywhere anytime soon and you don’t even know where exactly you are going, so stop it and get some rest.”

That went on for about an hour or so. Google maps took over. Distances and destinations. Routes and highways and byways. The weather app came into play. What’s the forecast for Duluth? Any snow forecasts in Minnesota, Wisconsin or Michigan?

“You should have started this trip in May or June.”

“I couldn’t: the house hadn’t sold yet.”

“I wonder how the Phillies are doing?”

After finding out check out wasn’t until noon, I went back and got an extra night at the hotel. Seven more nights till gold status. Six now.

And then I couldn’t fall back asleep. But I did make my first video. I have no idea how to upload it anywhere besides Facebook, but I do know how. I also managed to shut off that stupid apple music subscription. It’s fine and dandy until you lose cell signal (which is a constant) and the app won’t play music you already own on your phone.

And now I am up at 4 am. Sipping coffee. Not arguing with myself. The plan is to get ready, shower, pack, and then go back to sleep. I might make it to Tulsa today. I might not. I tend to not make hotel reservations until I am a couple hours out. I’m pretty sure that I have enough points and miles on everything that my final trip to Hawai’i will be free? If they let me in.

Does anybody know what these Hilton and Marriot points actually do?

I do think I am finally getting the hang of this packing and unpacking thing. It’s going quickly. In a couple thousand more miles, I’m going to have to completely empty out my car for a good detailing, inside and out. That is when I’ll probably find out that the packing and unpacking is going so much easier because I have left stuff all through America.

I do think I’ve developed tennis elbow from cleaning my windshield when I stop for gas. I’m scrubbing. Lots of bugs have lost their lives in my pursuit of the 50, and they take effort to get off. I do wonder if there is some kind of bug scraper or solution for long road trips?

Did I mention it’s 5 am? –central time zone. I think. I have absolutely no idea what day it is. I know it is October but beyond that?

If it does snow in Michigan, Wisconsin or Minnesota? I’m comfortable in my car. I’d actually like to see that. After I get back to Philly, I need to make a beer run to Vermont. Maybe make a weekend out of it and finally do some skiing. Or just finally get to the top of that mountain that was closed when this journey first started.

One of the things I want to do is get an interactive road map up on my website. After each drive, I’ve been tracing my path on the atlas. Roads I’ve driven are in red and states I have visited are outlined in blue.

That was an argument as well. The “judges” ruled that my walk to Arkansas did not count. When I was in Memphis, I walked across the largest walking bridge across the Mississippi and spent 10-15 minutes there before walking back. So now I’ll be driving through a couple states I already have outlined in blue before striking north to finish the 50.

I also decided, without the judge’s help, that I needed a new atlas. I changed it on my website a while back. At first, it reflected states I had visited in my lifetime. The new atlas only reflects states I visit on this journey.

In Philly, I know, another argument awaits.

I took to the road for a lot of reasons. There are a few books I have planned coming out of it: the surface, just underneath the surface, an then a dive down deep. I’ll see.

A big thing, though, is I was looking for tools, teachers, and inspiration to get on with my life. Do it right this time. I found them. Now, I have to put them together.

“Let’s save that argument for another time?”

“Sounds good. Get some rest. Tulsa is a long drive with shimmering highways. Do the trick and see if you can get more sleep.”

The trick? It’s an old one. I lay in bed with all of my clothes and pull half the comfortable over top of me. It works.