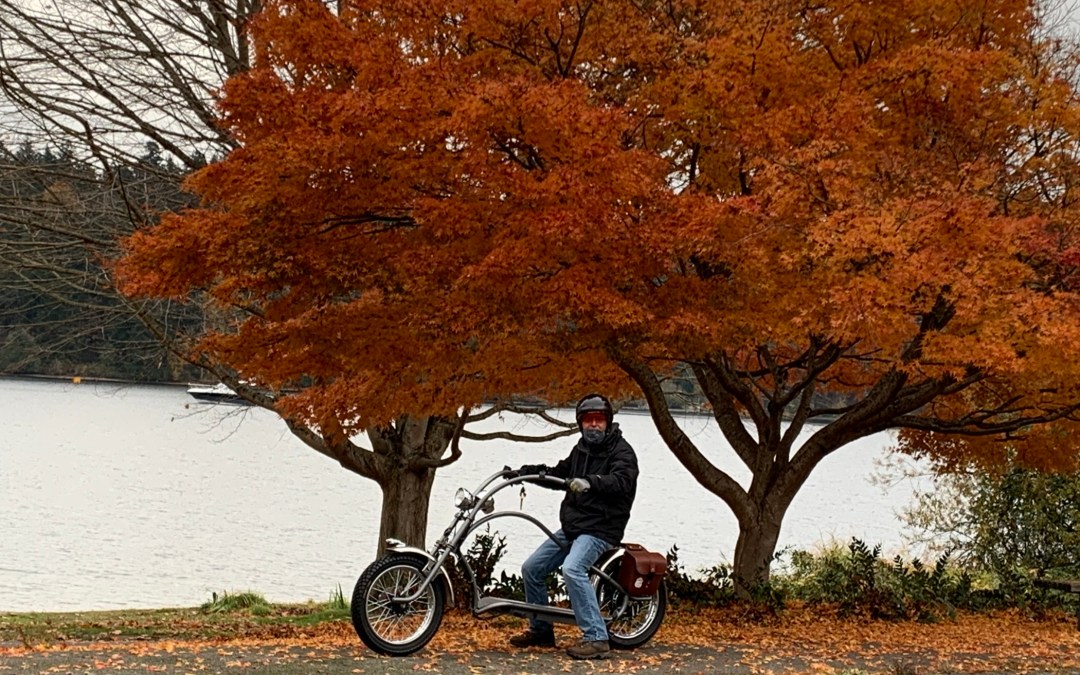 I do love Seattle. I just wish I could, well, get rid of a mountain range?

The Cascade Mountain range is what keeps the Pacific Northwest lush and beautiful. It is also why there is such a gloomy winter. Despite popular belief, Seattle (and Portland) are not even in the top 10 rainiest cities in the US. It just seems that way. The average amount of rainfall is well below that of New York and even the number of rainy days is not that far beyond it. Me being the geek that I am, I looked into it.

Watching it on radar is pretty cool. The gulf stream pushes bands of wet weather towards the PNW. The Cascade Mountains, in the middle of the states, stops the flow and pushes it up. So, instead of clearing out, it creates cloud cover, light rain, and snow in the higher elevation. “None” is what my weather app told me under the heading “next sunny day.” Instead, you get bits and pieces of partial sunshine here and there and mark full sunny days on your calendar.

With my love of bridges and interesting highways, along with just a fascinating skyline, Seattle is ideal. Coming into Seattle, you see this beautiful skyline of high-rises as you wind your way through some curvy highways and across bridges. Some of the overpasses are simply gardens.

I found a place to park. It’s the end of the driving journey. 30,681 highway miles. Now, all that is left are some errands, a scheduled Covid test on Tuesday, a ride to the airport, and then a flight to Hawai’i. It’s all coming to a close. I have my car rented and my AirBnB booked. I fly out on Thursday evening.

Oh, shut up. Stop it. It’s over. You have to put a “The End” somewhere or else the books will never get written. Hawai’i is a good place to wrap things up. A nice enough ending. All the rest will be considered a part of “next.”

I had a fun day with some friends of mine. Tracie is a lab owner I met through my association and we’ve become friends. Her and her wife are such such incredible people. I’ve stopped by their house and Tracie’s a lab a few times, each time I come to Seattle. Today, Tracie had a special treat for me: a bike ride along the lake. There was a break in the rain so we took out her electric bikes. They are pretty cool–and she explained that EVERYBODY asks about them. When we stopped at one place, someone did a quick u-turn and stopped, asking about the bikes. The two are made to look like motorcycles. They are pretty cool. They can get up to a little over 40mph. Tracie will take hers to work sometimes so they have a pretty good range.

The ride also taught me something. I think we are too used to nicer weather on the east coast. It is really just about being prepared and dresing right, not hiding in our homes when it turns cold and rainy. I wasn’t. The bike ride was a surprise. I was fine for the most part but the cold got to me quickly. It could have easily been avoided. A pair of long johns underneath the jeans, wool socks and better pair of gloves and the ride would have been ideal. I have all of that. In Alaska, I also picked up rain gear. There is a pair of pants that goes over the jeans, a waterproof hat, and water resistant boots–though the wool socks keep your feet warm wet or dry. It is just about getting used to something different, because everything is different now.

It was nice being a house as well. Tracie got after the dogs and I had to explain that I really don’t mind, that it is a pleasure that I miss having dogs begging for my attention and kisses. The big one was my instant best friend, a black lab. The little one, a chihuahua mix, was a bit wary of me at first but ended up in my lap eventually.

This is almost a wrap. 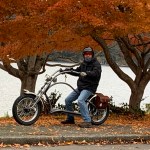 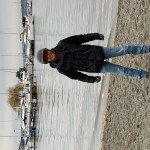 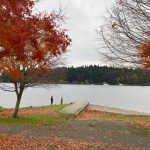 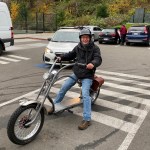 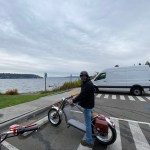 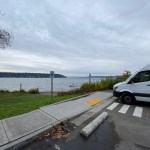