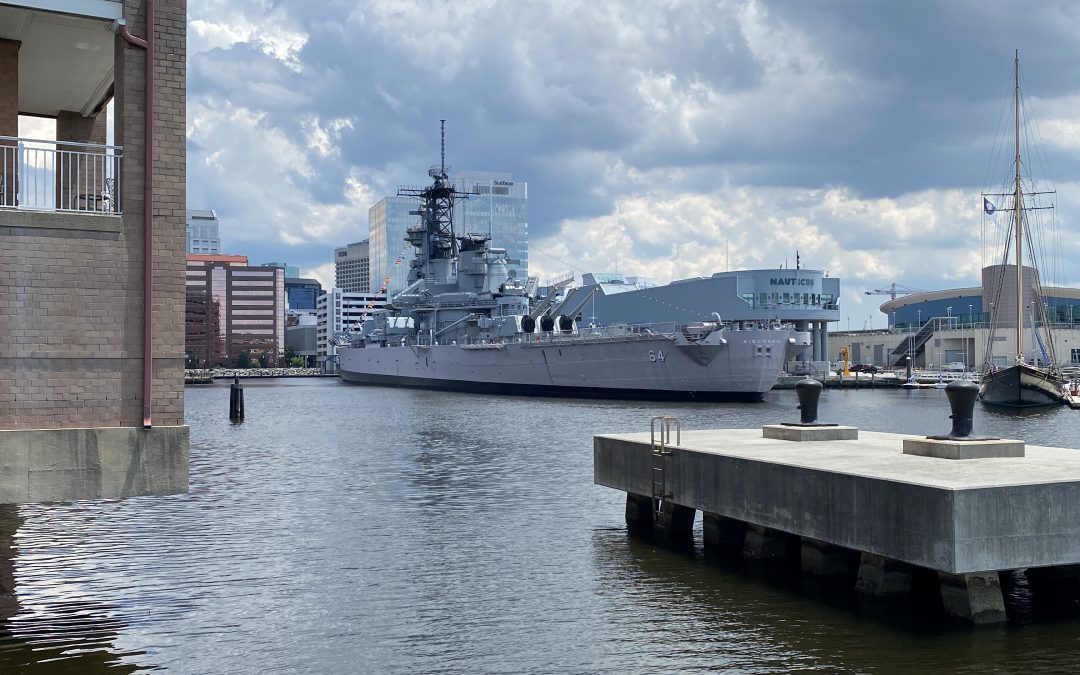 My timing, as usual, was impeccable. Everything is closed on Monday and Tuesday and I missed my cousin returning to port by a couple days. But I did finally get to meet his wife, a truly incredible young lady. I think we forget how old we are and the passage of time. Wasn’t Adam just rolling around in my Miami apartment in his baby thingie? And now he is married and out to sea? I’m the same age as Lisandra’s parents, who I think should be very proud of such a capable woman–I can’t wait for the rest of the family to meet her. And did I mention how damn adorable she is? And to top things off, she had a bumper sticker: “Me and Coffee are a thing.” A woman after my own heart.

Norfolk: where all of the streets have names but the people don’t have faces. It was deserted. Maybe it was a Tuesday thing but traffic was still zipping by. Lots of masks being worn, except, oddly, the older people. I personally didn’t appreciate people getting on the elevator with me without masks on. I’m wearing i for them. Can’t they offer me the same courtesy? Some of the places of business had signs “Masks are strongly encouraged.”

But the battleship was AWESOME. You don’t realize how big they are until you walk around it. The USS Wisconsin was the last battleship to fire on enemy targets, during the Iraq War.

But now I am off west, to Charlotte. Then? I seem to be getting a lot of tips of where to go after the plans are made so I need to be for flexible. But I am also wondering about what’s open? Where I feel safe going? Who is practicing the prescribed precautions? And I’m still trying to figure out how to set up my damn GoPro. Maybe in Charlotte? 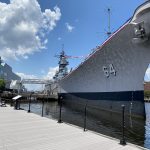 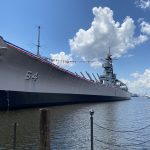 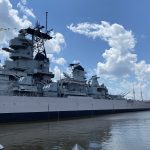 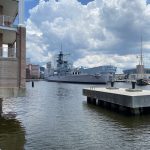 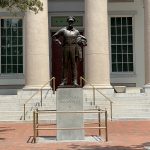 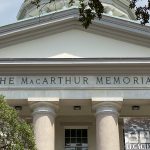 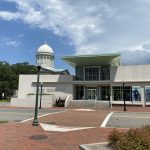 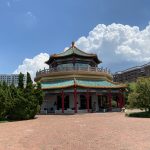 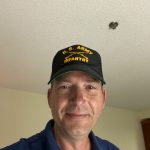 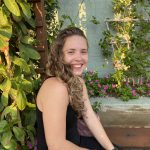 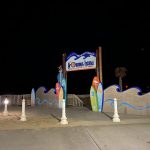 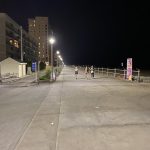 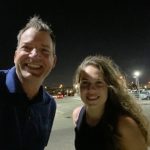 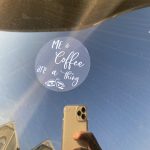 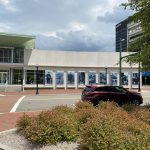 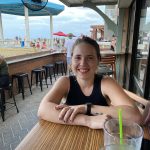