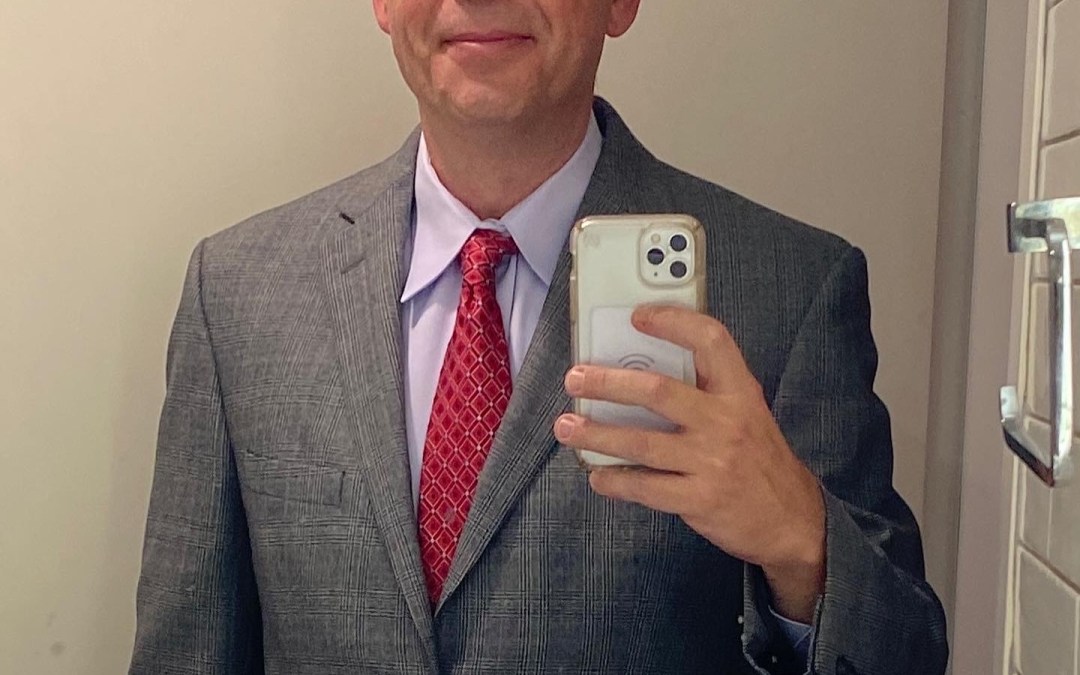 If you don’t have Facebook, you’re missing out. I know some people who get these updates, though, aren’t on Facebook so I thought I would add a few things.

I’ve been hard at work on my book and podcast and they lend themselves to darker posts. On Facebook and Instagram, I keep things fun. I never discuss politics and only share about the podcasts and book updates. The rest, though, is me being me. As I have always said: “you can say what you want about me –and people do– but you can’t say that I’m not entertaining.”

I suited up for a good cause: a Baptism. A friend invited me to be her companion so I said okay. It was this Saturday and she sent me the invitation so I would know where to meet her. It was my first time wearing a jacket in I don’t know how long. It was not supposed to be an adventure, but it is me we are talking about.

According to GPS, the place was about 45 minutes away. When I left, it was 90 minutes away. Traffic in Tijuana can be like downtown Philly on a bad day–when the city loses power and all the street lights go off. Living so close to the busiest international crossing in the world has its downside. GPS becomes useless. When all of the crossing on ramps fill up and extend into the streets, which is often, the police start shutting down roads and GPS has no idea.

I was finally able to get around everything and I was on my way! GPS was working again and I was doing the speed limit down the highway: 90 kph.

Then, I got lost. You would too! It is another weird thing about GPS and Tijuana. Even in the US, it can tell you the most stupid things, like “bear left” when the entire highway goes left except for a little tiny access road. Here it can get interesting. It doesn’t help that I am still trying to convert miles to kilometers and meters in my head–I keep my dashboard on the metric system for the speed limit.

So what would you do if the GPS had the right road highlighted and it was telling you to bear left? I figured I had a 50/50 chance. I guessed wrong. Rerouting…

The roads here are interesting. I will never complain about potholes in PA ever again. The highways are pretty good. The main roads can be iffy. Once in a while, there can be a “pothole” that your entire tire can fit into–with room to spare. They did, however, just repave all of the roads around me.

After the highways and main roads, though, things can interesting. I just kept following GPS. Some of the roads can only be called “roads” if you are being overly generous. Others are more like paths you might drive in national parks, the primitive trails. But I did finally make it there.

…only to be told by the parking lot attendant that I could not park because the he had no idea what party I was with. It was then I noticed the texts.

My friend can only speak and write in Spanish so I need to translate everything into English. I need to park to be able to do that. She was asking me to meet her at a mall a few miles away. So, back down the primitive road I went, onto the highway, back into Tijuana traffic because another quirk with GPS had me pull off at the wrong exit and a five minute drive turned into a 20 minute wait.

My friend met me at the mall and explained to me that she read the invitation wrong. The Baptism was at 3 but the reception at 7:30–it was about 4:30 at this time. Would I like to grab something to eat there?

We were the two best dressed people in the food court. We grabbed sandwiches from Subway. The Italiano was not that bad and the coffee was excellent.

It turned out to be a nice day and we talked for a couple hours, trading texts and translations. We never did make it to the reception. She doesn’t like to drive at night and wanted to make it home before dark.