Lessons Learned from a Bar Fight 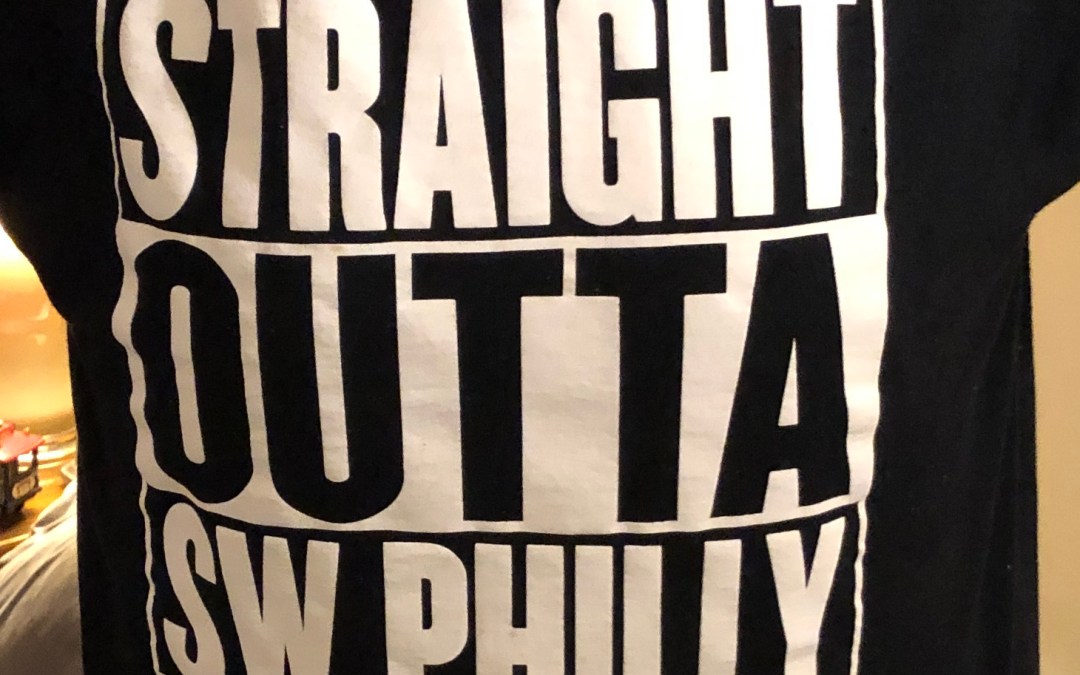 From posts I am seeing, I imagine that many people were disappointed by other people in 2022. I am reading a knee jerk reaction, about how if we don’t have expectations, we will never be disappointed. Umm, no. It is all about a bar fight in SW Philly.

A very long time ago, I had been disappointed by a close friend and was going to cut them from my life. I was talking about it with my stepfather, and he told me of a story of a bar fight he was involved in during his younger years.

He was at a bar with two of his friends and they got into it with four other guys. At the start of the fight, his one friend ran and a 3 on 4 turned into a 2 on 4.

Rich explained that he remained friends with the guy who ran, completely surprising me. He said he was a nice guy, but he learned that he would not trust him in a bar fight. It is not a black and white situation. There is a lot of gray involved.

Each person that we meet brings something into our lives and takes away, positives and negatives. We have to evaluate each relationship and see if the positives outweigh the negatives. This determines if the person should be in our lives and how far we let them in.

It confused me. It was so at odds with something I learned before. I attribute the story to my grandfather, but I don’t think it could have been him as I was more of a baby when he died but…

“If you can count your friends on one hand when you die,” he said to me, holding up a hand missing two and a half fingers from a work accident, “consider yourself lucky.”

My life became either/or. Friend or enemy. That’s what you get for taking life lessons from a violent alcoholic.

I am a child of trauma. There is an article here based upon the effects of childhood trauma on an adult. It can really be summed up, though, by a scene in Good Will Hunting.

Robin Williams is talking to the math professor about Will’s friends. The math professor is saying something to the extent that they are gorillas and holding Will back. Williams yells back that any one of those friends would take a baseball bat to someone’s head for Will and that is what Will needed.

My best friend in high school was Dave Pearce, may he rest in peace. He was the Ben Affleck to my Matt Damon. Dave would, and did, do anything to protect me. He was that way to many people until he found a new best friend, drugs.

We were both screwed up kids in our own ways. I could just have easily found myself on his path but found other ways to screw up my life. He was such an incredible person, though, filled with love and loyalty, and I mourned his passing long, long before he passed away from an overdose. I never hated Dave. I hated the disease that stole him away from me.

But I was alone. I had also read the wrong books, learned the wrong lessons.

Long before I met Dave in eighth grade, my world had become black and white. That black and white world got technicolor thrown onto it when I started reading fantasy books. Everything I read was about ultimate things: ultimate good versus ultimate evil. It all lacks, well, the gray of being human.

I still remember a book I read in 4th or 5th grade that I had to get special permission as it was in the older student section of the school library. The Wolf King, by Joseph Wharton Lippincott. I’m still looking for a copy of it that I can afford.

The book is much like Jack London’s Call of the Wild. A wolf cub had to grow up by himself. In this one scene, almost into adulthood, he is being harassed and harried by a group of hounds. He gets cornered in a cabin. Triggered, tired of running, he turns on the pack of hounds. The wolf arises and he tears them apart.

Not too long after reading it, I turned on the pack that was harassing and harrying me. I got tired of being tortured and teased because of my stutter. I took them all on. No wolf king arose.

I got my ass kicked.

That became my world, though, influenced by fantasy books and stories like that attributed to my grandfather. It really screwed me up and destroyed every relationship I formed. People couldn’t be my friend, they had to be my best friend willing to take a baseball bat to someone’s head for me. Girlfriends had to love me unconditionally or else I did not recognize it as love, but as someone I was better off without. There was no such thing as acquaintances or casual relationships.

I would pour all of myself into everything I did, offer people everything that I was and had, and if that was not returned, then they were cut out of my life.

It led to a very lonely existence. It was about a total lack of boundaries, a messed-up way to live. It forced away so many wonderful potential relationships that could have been.

Then my stepfather told me his story.

Aye, I get it. 2022 was one of the most difficult years of my life, if not the most. Even now, writing this, I struggle. Do I go with my grandfather’s story or my stepfather’s? Do I go back to the old me, standing alone so no one is able to disappoint me? Or do I look upon it with soft eyes?

I’ve learned in my most difficult times to reach out to my better angel, Mike, Papa Bear. I’ve pretty much learned to just do what he says when I can’t let go of the anger. There are quite a few people and organizations I’d like to blast in a public forum, but Mike wouldn’t approve.

But isn’t 2022 the point? I’d say we all had a string of bad years. We have been traumatized and beat up. People aren’t doing well. Mental health is deteriorating. The way people act and react may be completely out of character. Them disappointing us may be the best they can do.

I understand that as well. For a long time, I was the caregiver. At my lowest point in 2022, when I was begging for money, old friends reached out to me, not knowing my situation, and asked for help. They were in awful situations. Ugly. The old me would have helped. The current me was unable to do anything except wish them the best of luck and offer advice. One would reached back out to me. The other I never heard from again.

Never have expectations and you will never be disappointed. That’s an answer, but the wrong answer, I think. I think we need to be understanding and compassionate to others and ourselves, not judge without knowing more. Then, if the negatives truly outweigh the positives, wish them the best and be on our way.

Aye, ya know, I’m still Philly. This isn’t about rainbows shooting out of my ass, turning the other cheek, and putting on a robe and flip flops to follow the Dali Lama. There’s still that one prick where one month said I saved his lab and the next month said I was too much of a risk for 60-day terms. Him, I wouldn’t…Okay, Papa Bear, I know.

It is about learning lessons from the right places and looking upon things with soft eyes. In this instance, it is from a bar fight in Philadelphia.