In Need of Crayons 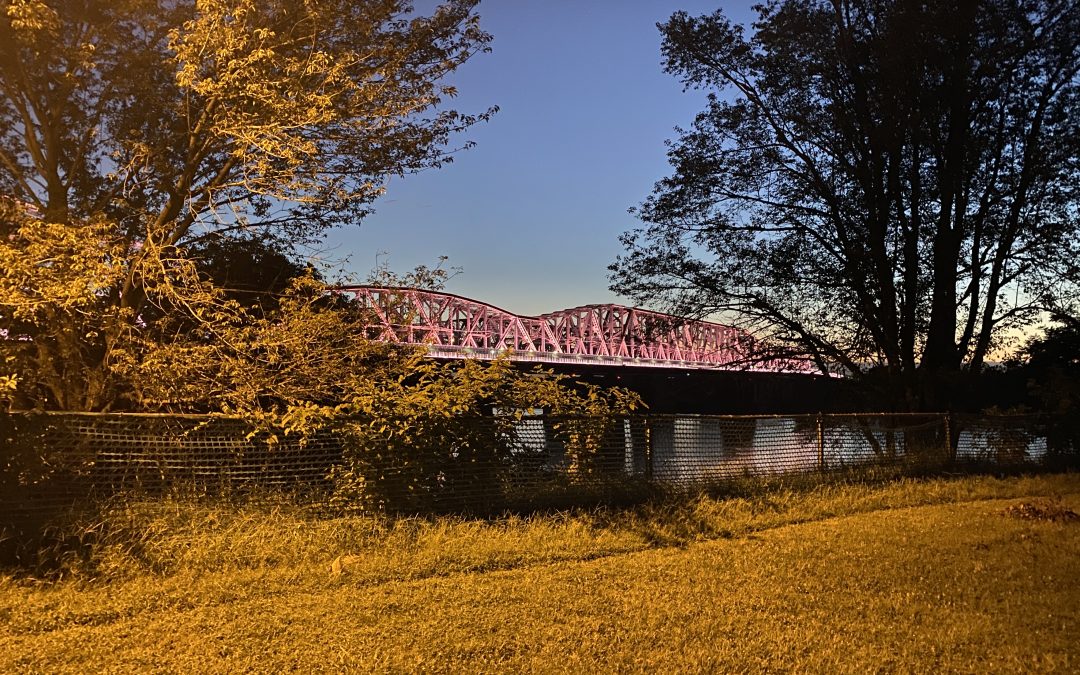 The country needs crayons. That’s the thought that came to me while walking to the Big River Crossing. Vibrant. Vibrancy. I want to come back to Memphis again when it regains it’s vibrancy. Everything is more dull now, with a lot of shops closed and people not here. I look at myself and know some of the things I do are not the smartest things to do. Going into a bar, even with social distancing rules? A restaurant, where I know how the virus is spread? That’s why I couldn’t do Graceland. I stopped, paid the parking fee, went it, but couldn’t bring myself to buy the ticket. Everybody had the mandatory masks, but there was still much of a crowd, not enough space between people inside. 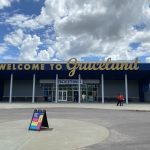 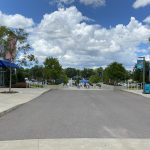 I know better, but I long for the simplicity of having a beer with other people. I miss it, and I’m not even a drinker. I think businesses are the same way and the people who work there. There is a forced feeling about it. Some don’t want to be there. But they have to be. They have to be open and making money. They need to pay the rent.

So, after Graceland, I just went for a walk. A very long walk. I think I did 12 miles? It was just another one of those unplanned trips where I walked to on destination with every intention of going back and getting my car and then saying the the hell with it and kept walking.

Mud Island is an interesting place, where I got incredibly lost. I know, I know: how can you get lost on an island? I can. The walk bridge out was closed due to Covid so I drove. I just seem to have a thing about islands and rivers and bridges. So I drove out instead. And got lost. It’s an odd little place. Just a mile or so from Downtown Memphis you have this community of upscale apartments, condos and houses that is like a refuge from the city with its own parks. 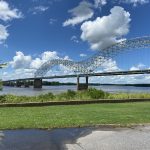 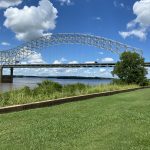 After Mud Island, driving the wrong way and getting lost (sort of on purpose–it’s another thing I tend to do), I made it back to the hotel. 2 miles to the Big River Crossing. Why not? Riverwalk is just a great little stroll along the Mississippi, filled with parks and views of the river and riverboats.

Yes, Memphis has a pyramid. A friend told me it used to be an arena but then when they built a new one they needed to do something with it. It was bought by Bass Pro Shops and made into, what he called it, a monument to red necks–and he’s enough of a red neck to enjoy it. There is a lodge inside, shooting ranges, fishing, and even a bowling alley. I’m not enough of a red neck so walking in the other direction. 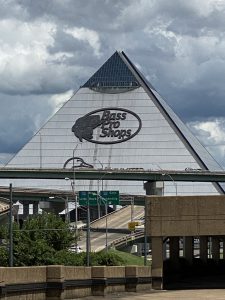 The bridge called me. The Big River Crossing is the longest walk bridge across the Mississippi, connecting Memphis to West Memphis in Arkansas. Did I mention I liked bridges? One of the first short stories I wrote was “When Bridges are Torn Down.” There is a certain symbolism I enjoy about walking across them. Riverwalk led me right to it and I crossed at sunset, making my way into Arkansas, and extremely disappointed that there was no “Welcome to Arkansas” sign. I sat, stared across the river back to Memphis, and then made my way back. 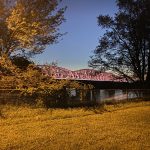 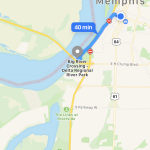 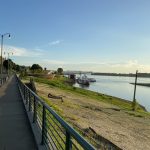 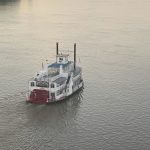 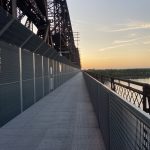 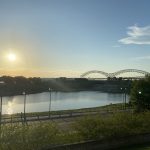 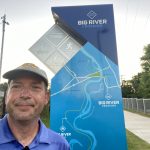 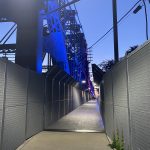 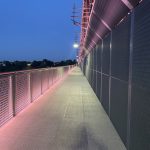 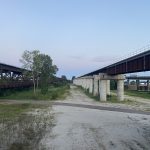 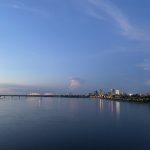 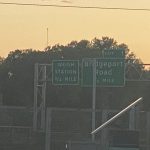 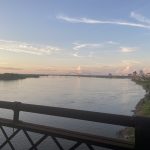 I got back at night, with no idea what to do. It had been a LONG walk and a LONG day. I first when looking for a place where an Uber could pick me up. Didn’t happen. It was getting late, so I started to trudge back along Riverwalk. I needed water and food, knowing I’d get back too lat e to have either. But then I ran across an electric scooter that are becoming popular in many cities. Me? On a scooter? Every time I try paddle boarding, I end of face surfing. But, I was desperate. I was a few miles away, mosquitoes were eating me alive and I figured “what’s the worst that could happen?” Aye, it worked out okay for once.

I sped along Riverwalk and back to my hotel, where I made it just in time for last call and a meal.