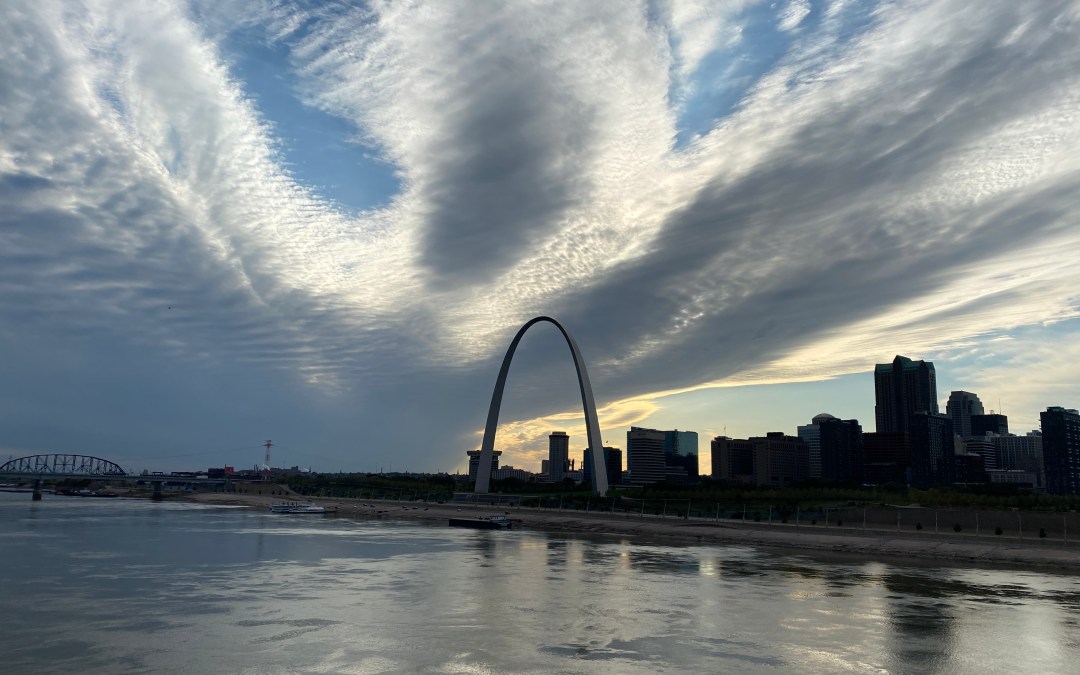 (This is stolen from a Prince song if you don’t know.)

Dearly beloved, we are gathered here today to get through this thing called journey. Electric word journey. It means getting lost for a very long time. But I’m here to tell you there’s something else: GPS. A word of never ending happiness, you can always find the route, day or night…

Yeah, no Mighty Purple One. St. Louis beats out Dallas and Portland for the uselessness of GPS. A local called St. Louis “the biggest small city,” but it has more highways, freeways, expressways, access roads and ramps than four large cities combined. I ended up in Illinois on multiple occasions. Prince was playing on the radio, Let’s Go Crazy.

I had fun. Being back in that kind of driving environment with that song playing? I was lost, with the GPS not not being able to reroute me fast enough through the twists, turns and forks. Speed limit? I have no idea. It changed so many times I ignored it. Everybody else was too. I did finally make my way back over the Mississippi River into St. Louis and find my hotel.

I find St. Louis interesting. I made the mistake of staying downtown by the Arch. It made other ghost towns in America look lively. I was talking to the people that worked in the hotel and they explained this area feeds off of the convention center and sports arena. I was one of six guests in the massive 20 floor property.

With the backdrop of the ghost town, it’s easier to see the difference between the haves and the have nots. I just read an article that said eight million more Americans have fallen into poverty. I feel bad for the have nots but I haven’t been accosted like this than in any other place I went. And the population is much different than it once was, younger, more diverse, male and female. Hotel workers, bartenders, waitresses, and all of the easy college jobs went away. I was told this massive property has only a handful of employees. One former employee tried to guide me to the stores I needed. I saw it coming but let it happen as he talked about how he was trying to get a new job at a close by hotel. The plea. I haven’t eaten all day. I gave him $20. Covid has clamped down on this area harder than others I think.

The Gateway Arch, a gateway to the west but I see it as a gateway back to the east, a reflection of the east. Coming up through Missouri was still “west” or “central.” St. Louis has the feel of “east.” The mighty Mississippi that was the original north-south highway, splitting the country. As I did 280 miles south or so, I walked across it–I really do have a thing for walking across bridges. The bridge next to the Arch Park gives you the perspective of passing it as you walk the bridge, turning the arch east, west, or even north and south.

It was a much colder walk than the one I took in Memphis. Two months ago? It was over 100 that day. I had my jacket liner on today, getting ready to head north into early winter they see. I’m going to have to put my liner back into my jacket after today I think. My northern route weather report is showing snow showers, with highs in the 40’s and 50’s and lows in the sub freezing range, under 32.

I think it really is time to pick up some more speed now. It’s a shame really. One of the people I went to see here was an old work acquaintance. We knew of each other by me getting after his boss. He’s from Minnesota. He called St. Louis a cultural wasteland. He loves his Minnesota though, telling me about the great things to do in the other months. I just missed the best time, September.

The paradigm shift in my industry was a lot like the changes we are seeing. It’s odd. My industry didn’t change since the mid 70’s and then people were scrambling to change, or their companies’ dying. It was an echo of what was to come. People don’t like change. I’m still pissed off at a lot of the CEO’s, still trying to jam square pegs into round holes. I lost my tact with them years ago as I formed an association to help lab owners. I had to bully a lot of people. I’m still telling them they are short sighted and, well, dense.

For as much as the people in my industry didn’t like me, they would still take my calls. With this column, trying to help a little bit, I can’t get a reply to a email. I tried a different approach here in St. Louis. I looked it up and found the St. Louis Dispatch was a couple blocks away. I stopped in. I should have done that 25 years ago as well. I WAS going to talk to an editor. A managing editor. I had a phone in front of me to call upstairs. Covid. Figures.

Talk about deja vue. I had a bunch of interviews after college. They all ended after the first phone call interview–I stutter far worse on the phone than other time or place.

But I picked up the damn phone.

A nice woman answered. The gatekeeper. After a few minutes, when I rebuffed her short replies about all kinds of stories of this nature, I had her laughing. I wasn’t trying to sell a story. I was trying to sell myself. And she got me. I was like the highway in St. Louis without GPS, trying to stay one step ahead of her. I wasn’t some young kid picking up a phone. I was a cocky–but charming–SW Philly boy with value, 49 years under my belt, a career, an association, and a look at the big picture. The laughter of the misadventures and the tears of the stories I am hearing. The beauty of America and the desolation.

It’s really the damnedest thing. An old friend of mine, an editor, suggested I reach out to publications to offer my story and the columns. I did. The guy who formed a national association couldn’t get anybody to get back to me, not even an editorial assistant. I told the woman all of this. That my one real goal was the at least offer it to the nursing homes, where the people trapped inside really do just want to die, who are stopping eating. She explained they have a tight focus, myopic. How similar, I told her, to the industry I helped.

It’s always about the big picture. In articles, you focus in on a particular event or situation to make it personal, but then pull out to give the big picture, how everything fits together.

Maybe some editor will be reading this tomorrow. She took down my website, personal info, association info and a phone number. I told her I wouldn’t be devastated if I did hear back from anybody. I’m used to being ignored and I still have a book to write. And 9 more states, with eight cold ones ahead.

I think it is going to be a very cold winter for many. Eight million more than usual.

I hung up the phone, adjusted my cap, and walked out into the dropping temperatures to go cross the Mississippi 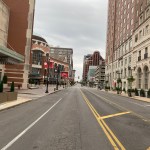 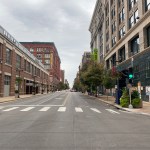 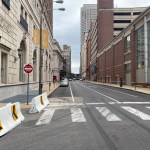 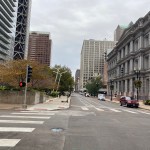 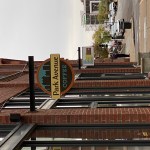 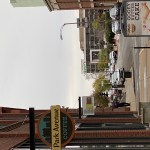 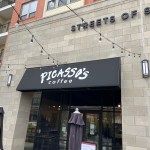 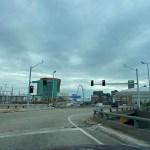 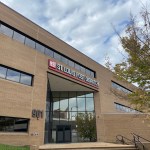 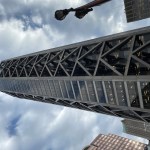 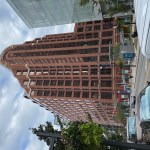 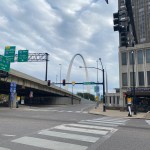 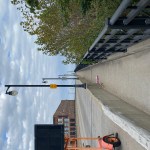 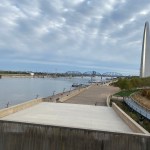 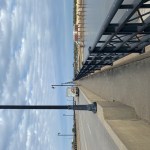 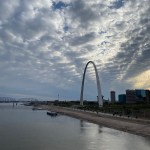 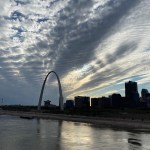 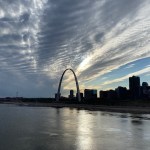 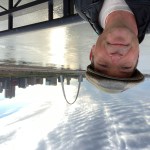 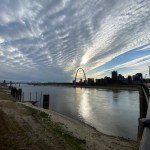 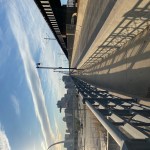 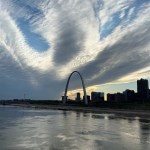 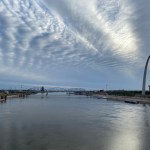 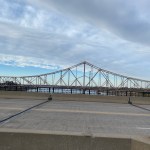 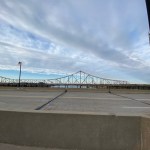 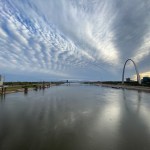 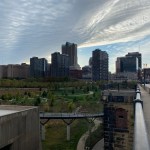