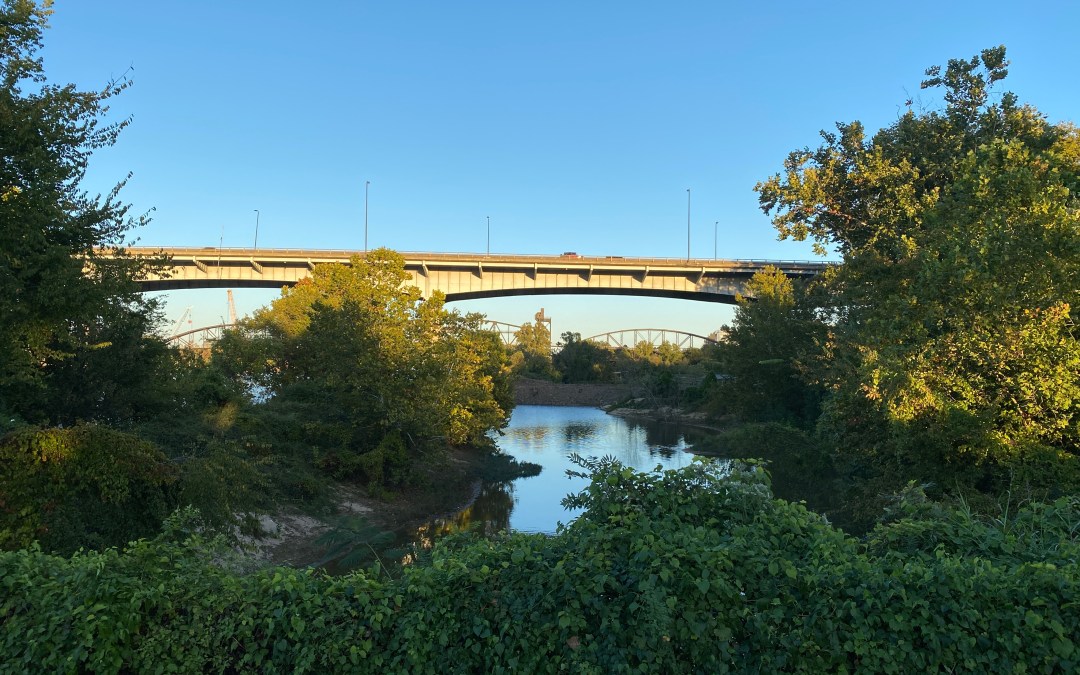 Well, I’m still a little miffed that my very, very, very, very long walk (did I mention it was a long walk?) into Arkansas across the Mississippi River from Memphis was ruled incomplete by the judges. I threw my challenge flag, but the ruling was upheld.

The drive from Tulsa to Little Rock was interesting, as I found my way back onto Old Route 66 somehow, at a coffee shop. I met these incredible ladies that were retrofitting a school bus to start traveling across the US. I had no idea that retrofitting school buses was a “thing,” but there are communities on social media, Schoolies, that are all doing it. I saw the pictures of what they had accomplished and they invited me back to see it when it was finished. It is definitely something that I’ll do. They are hoping for a May departure.

As many people as I have met and spoken with that wish they were doing what I was doing, there are just as many doing it. All along my journey, I’ve met other people who, for one reason or another, were traveling the US. I really think that Covid woke people up to things, gave different perspectives. I’m seeing changes in people and attitudes and the value they place on things.

Downtown Little Rock is a nice surprise. Its a beautiful city. Very clean with a water front that reminds me of Philadelphia where they converted old warehouses and factories into shops and restaurants. I know where I’ll be taking a walk one morning. I was able to take a short tour of the surrounding area before grabbing a great meal at a second floor outdoor restaurant.

Driving into the city was a reminder of my least two favorite Democrats, but besides that it was a nice drive. But now what?

There were definite changes between east and west. I guess Tulsa is more “west” but the highway driving through the city reminded me more of “east” an Little Rock is the same. I had to switch gears. Fast. I got so used to mozying along, I was caught by surprise by the NASCAR circuit in Tulsa. But eh, I’m from Philly and lived in DC and Miami. I was up for the challenge. And my car was surprisingly up for it as well.

In Steinbeck’s “Travels with Charley,” back in 1961, he ponders why all of the states can’t get together on a speed limit. Well, John, they still haven’t gotten their act together. It’s always somewhere between 65 and 80.

About an hour southwest is Hot Springs, Arkansas. I thought of going but a local told me it is not like what it sounds like. I enjoy the natural ones. The one south of Salt Lake City was ideal, natural pools that you have to hike to and then you just get naked and jump in. Many aren’t like that. Here in Arkansas, like in South Dakota, the springs have been diverted into bath houses, commercialized. I’m still thinking about it though. A massage would be nice.

I really have to go back to something I have been saying for the entire trip: I’m really not giving any state enough time. Even the samplings now are becoming shorter and smaller. I feel the pull back east to settle a few things and be somewhere for a while, nest for a little bit. I came out here to gather tools to start the “next” in my life. I found them. But it is hard to put them together going from hotel to hotel. There is not a sense of urgency, but there is a sense of tomorrow.

On my drive south from the Dakotas, I noticed the winds are picking up. It is all unseasonably warm but the winds bring the hint of winter. Here in Little Rock, as I wandered down to the river front walk, I crunched through fallen leaves for the fist time. It was fun–it’s the small things in life.

Oh. The scooters? They are popping up all over the place. I think I first wrote about them in Memphis. I almost died on one in Memphis. Them suckers go fast and my balance isn’t what it used to be. 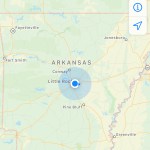 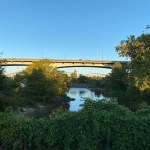 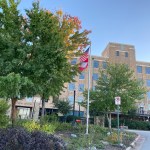 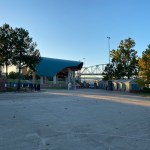 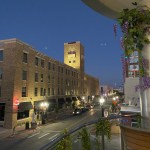 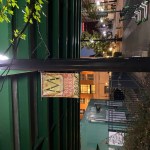 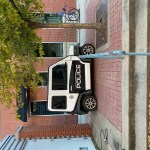 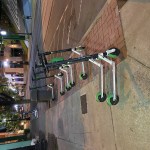 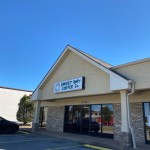 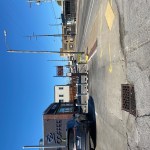 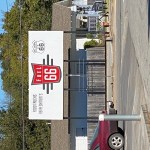