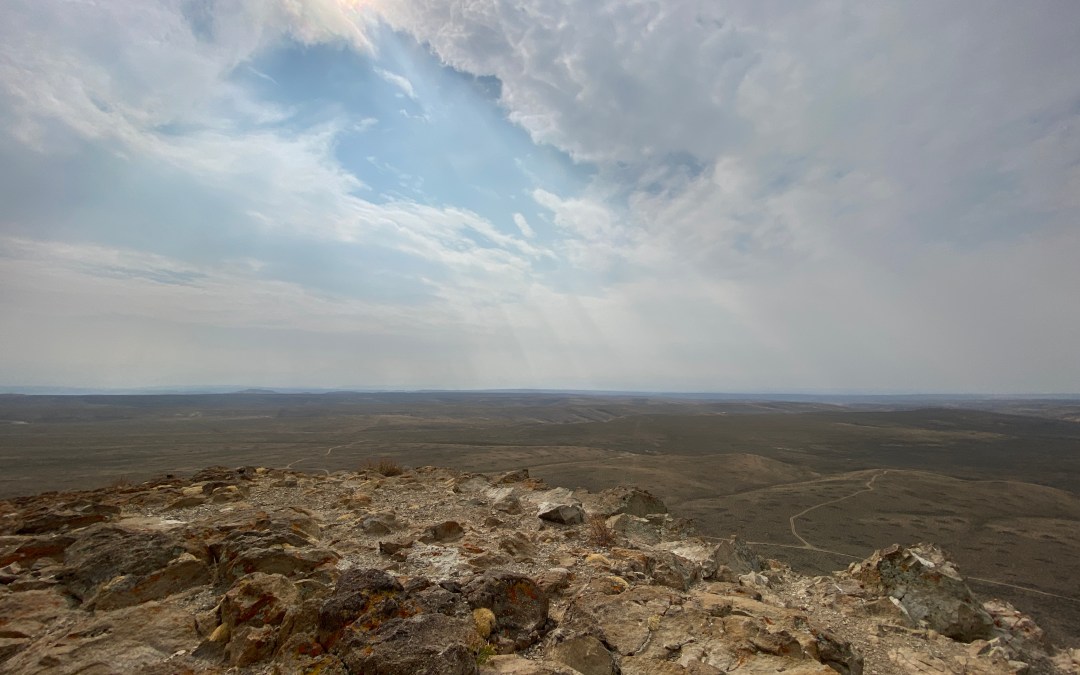 It was just one of those “blah” days. Confusing. Where do I go from here? Green River, Wyoming. A bunch of things, I think, are starting to catch up to me. Almost 90 days of hotel rooms. One and two day stops. My trip picked up speed in Alaska and I can’t seem to slow it down enough to just enjoy the moment. Enjoy the beauty unfolding before me. I didn’t even break out the coffee maker today–that’s how bad it was. But let’s see how tomorrow goes.

I was on Google maps a lot today. It is a 28 hour drive between here and the place I used to call home. There is a pull eastward to finish things up, finalize things, before I begin “next.” We’ll see what tomorrow holds.

But today. I caught glimpses of the extraordinary. Small things and big things, like my backyard. I drove to Green River because I atuall did some planning. I had general ideas for many of the other states I have been in, but Wyoming and Montana, I’m lost. So, I looked it up. Things to do, and something caught my attention: The Wild Horse Loop.

It was about a two hour loop of dirt and gravel roads in a sanctuary for a a herd of wild horses. I had misgivings when I mentioned it to the woman at the front desk. “You should see a lot of birds.”

On the loop, it was anti climatic. I did see horses. Three. But I did see lots and lots and lots of horse poop. It is how the stallions mark their territory and they like to do it on the roads so it is noticeable. They’ll keep returning to the same spot and sometimes the pile can get three feet high. The herd here is controlled. They like to keep the population to 250 and it can grow by 20% per year, so they round them up and adopt the extras. Adoption fees start at about $185. 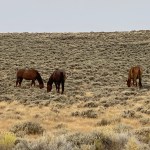 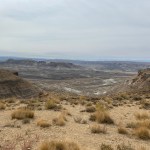 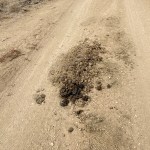 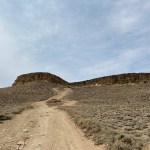 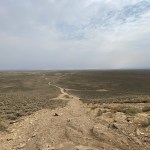 It was an interesting drive, though. It is ironic that the hotel I picked wound up being on the start of the loop. Another point of interest on the loop is the second highest point in the area: Pilot Butte. It rises above the surrounding lands and is unmistakable. But how do you get to it? Smaller dirt roads crisscross everywhere. They twist and turn and double back. Which one do I take? I finally just went. 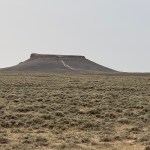 It was tough driving. The main dirt and gravel road you can really drive with any car. The minor roads, you really need something raised higher with all wheel drive. It’s really pick up truck kind of driving though my Outback took it fine with very careful driving. The ruts in some of the roads would have easily taken out my axle. It was slow going to Pilot Butte, but I made it. Now the question was: how do I get up there?

It was a harsh climb up to the base of the butte. People coming down told me they couldn’t find a way up. I just thought to myself they didn’t look hard enough. With the lack of horses, the rough, slow road, I was going to make it up to the top.

Things got tricky. There is a lot of slate so you have to be careful of foot and hand placement. I saw one promising place, climbed up, and then realized I had a three foot jump to make it to the butte. That was not going to happen. So, I climbed back down and moved further along. I finally did find another place that looked promising, a crevice with handholds and footholds without any slate. I was determined, so I made it up.

Do you know what you can see from the top of Pilot Butte? The top of Pilot Butte. All the way across though was a higher ridge, so I trekked some more along multi colored ground and through scrub brush. It was an amazing view and it was a fun adventure, but then I started wondering: how do I get down? I sort of got a little lost. All the edges look the same. 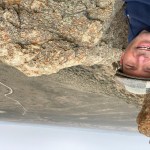 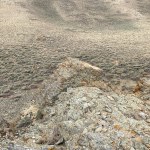 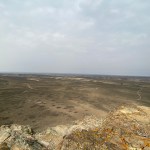 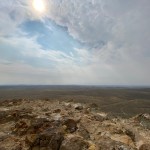 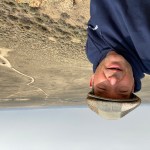 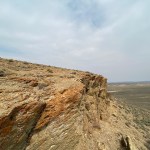 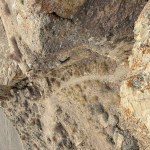 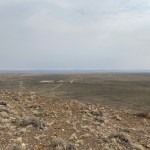 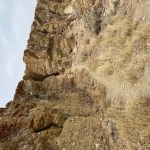 Personally, I thought I was screwed. It was not exactly easy to make it up or even find my way to the spot. I finally got some help. Some kids climbed up and it turned out the way I took up was the way up. I made it down and back to car safely. Then there was another very slow drive to the main road. I eventually hit the paved road.

There was one more stop along the Wild Horse Loop in Rock Springs: The wild horse corals. It made the day worth it a bit more. 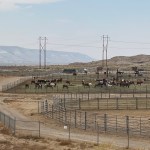 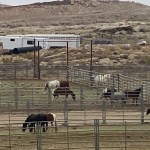 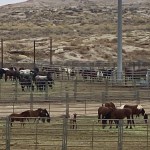 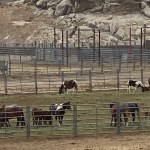 The drive back to my hotel was much easier, 75 mph along I80. The sight of all those horses and a fresh up of coffee had me feeling better. Then, I got back to my hotel and realized what was in my backyard. I was tired, but how can you not hike up your backyard? So I did. 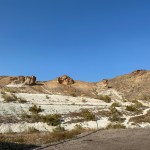 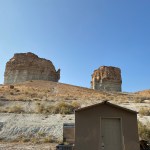 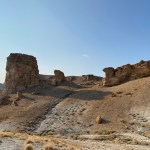 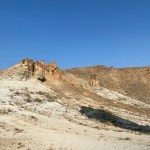 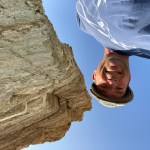 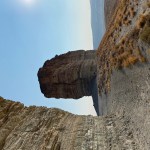 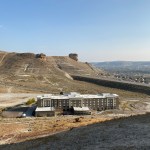 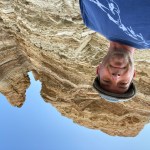 But now it’s time to pack up and see how tomorrow goes. It will be a shorter drive, another scenic route and some hot springs. I’m making it a point to buy some more of my coffee creamer and break out the coffee maker tomorrow. The coffee has been okay, but mine is still better.

I’m just hoping for a good night’s sleep. Eventually, in a couple days, I make my way to Buffalo, Wyoming. That’s where the decision has to be made. I can go north into Montana or just head east. East lies the last thing that was really on my “bucket list” for this trip: The Badlands, South Dakota.

I’ll see how I feel after a dip in the hot springs tomorrow.