A Funny Thing Happened on the Way to Iceland… 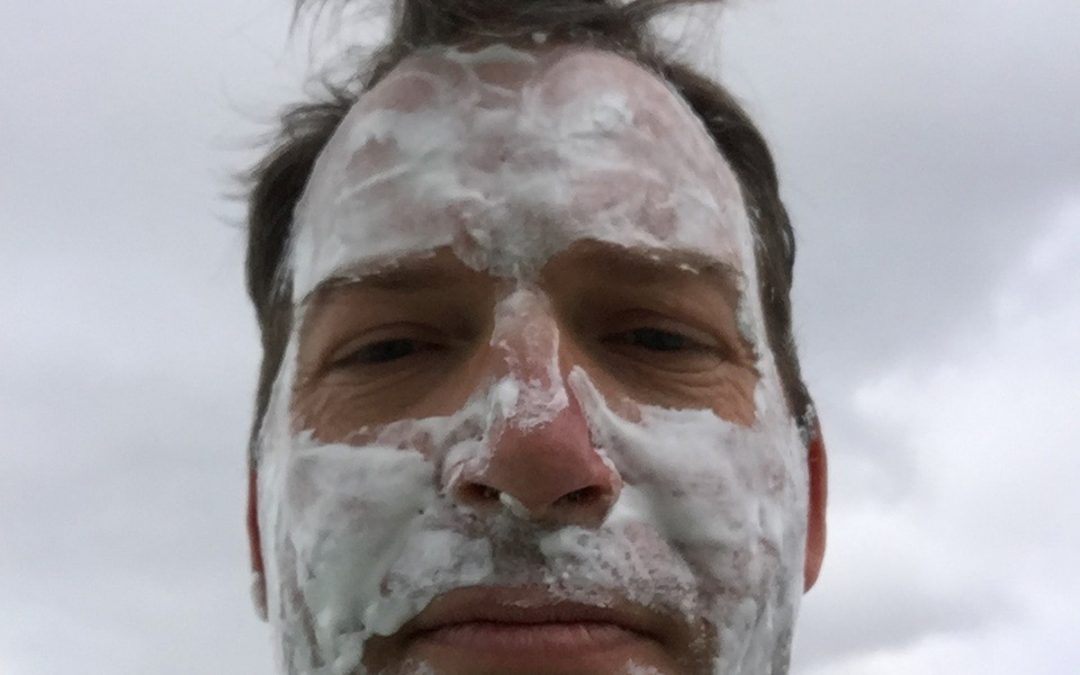 A friend just had to cancel her trip to Iceland. She came into contact with someone who had been exposed to Covid. To possibly cheer her up, I thought I would share my major screw up. So, under the “misadventures” category…

I never got around to writing about the full trip, but the post and pictures of Iceland can be found here.

The post and pictures are from late July 2017. It was a wonderful trip with spectacular views and incredible experiences. I highly recommend doing it at least once in your life. The summer is ideal for those of use to warmer climes. You won’t see the Aurora because it is not the right time of the year for it, but the temps can reach into the 70’s. I ended up going into a heat wave, where temps topped over 75 during the day.

The mud bath selfie at The Blue Lagoon is MANDATORY.

But that was late July. The plan, along with all of the flights and hotel bookings, were for early July. It was exactly this week five years ago.

“Do you know where your passport is,” my wife asked me easily a dozen times since she booked everything in January.

I knew exactly where it was. We had a home safe and that is where I kept my passport and few other important documents.

“It is in the safe,” I replied every time.

“Are you absolutely sure,” she asked.

She was paranoid. Though we had gone to Hawai’i a few times, we had never traveled internationally so had never needed passports. So, just to assure her, I would take her to the safe, open it, show her, and then lock the safe tight again. I knew exactly where my passport was.

The day finally arrived. I even know the date. Friday, June 30th, 2017. With the 24 hour window, we could now check in for our flight. I think Tracy had been packed for about a week. I was planning on getting to it eventually. But the lab was officially closed for the following week and I was ready to take the Chris’ Show international.

Tracy checked in first. You have to give your passport information. My turn.

I went and got my passport out of the safe–where I knew exactly where it was–and called to check in for the flight. It was then that I actually looked at the passport for the first time in I don’t know how many years. Awful photo but that is not what caught my eye.

Expired. It had expired the previous November I believe. I wasn’t going anywhere.

Tracy was standing next to me as I hung up the phone. She looked at me.

I didn’t know what to say or do. I just showed her the passport, pointing out the expiration date.

She didn’t say anything. To her credit, she didn’t grab anything heavy and beat me with it. She just walked away. Almost out of the room, she stopped and said over her shoulder, “You are sleeping on the couch tonight.” Her voice was so monotone it scared me far more than if she had yelled, screamed, or cried. And it hurt me because I knew: I had just broken my wife’s heart.

I started scrambling. What could I do? My only hope was my big brother, Joe. He was a big shot in business. He had to have encountered this before. He had to have a connection, options, ideas, something, anything. I called him.

“Chris,” he said, “on a Friday before a holiday weekend, at 4:00? There is nothing I can do. Even the passport office would be closed before you got to it in Philly.”

I did not sleep on the couch that night. I was awake all night. First, I found out how fast I could renew my passport. I found the absolute longest it would take was 7-10 days if I went down to the office in Philadelphia. Then, I really got to work. I found Tracy’s itinerary and started making phone calls and sending out emails, rescheduling everything from flights to hotels to the car rental. I don’t know how much it cost me, but when Tracy woke up the following morning, I was able to give her all of the updated information.

I was a little nervous on the trip to Iceland. There are so many places to hide a body, so many places where a “Lookout Point” could easily be a “Push off Point.” But it went well. And we did hit that heat wave.

If you ever really screw up with your husband, wife, or partner, you are more than welcome to share this with them and say, “At least I’m not Chris?”

On my bucket list is a winter trip to Iceland. I want to swim in a thermal pool while watching the Aurora. Anybody up for it? I now know not only exactly where my passport is but also when it expires.