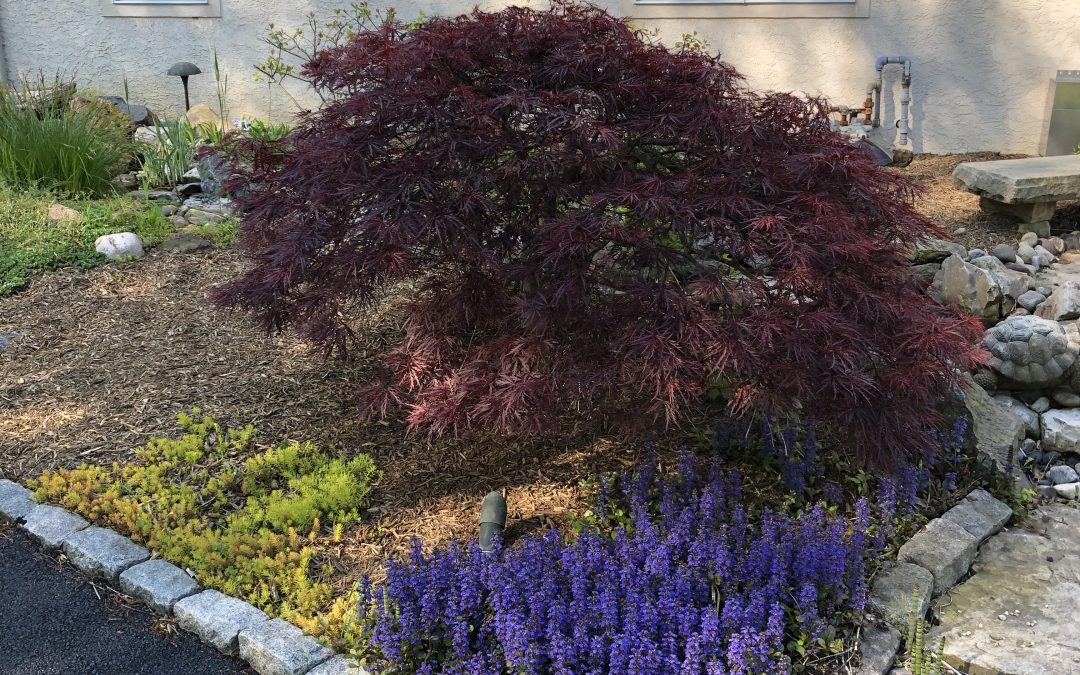 Welcome to the new spring. I don’t where you are, but here in PA the land just can’t seem to shake out of winter. We see spring weather for a few days and then freeze warnings the next. Flowers and plants struggling to figure out if it is time to grow or not. My koi wondering whether to hibernate or not? Some funky looking alien thing popping out of the ground that I was about to rip out—only to be told it is fern and leave it the hell alone.

Is America doing the same, struggling with an awakening they are not sure about? Trying to shake free of a winter that won’t let go of its grasp? Awakening into what?

I thought I would reread Travels with Charlie by John Steinbeck. And the commentary. It’s pretty damn interesting. I am picking stuff up that I missed before. –Maybe because I am not being forced to read it this time and just skimming the Cliff Notes? [My apologies to all of my former English teachers and professors.]

Steinbeck hated what he found as he traveled the byways of America. It was a nation on the cusp of a great change: the Civil Rights Movement. As a Nobel Prize winning author, he had taken to himself, removing himself from his roots in California and moved to New York. He had spent the last 10 years traveling abroad so wanted to try and rediscover the America that had inspired “Grapes of Wrath” and “Of Mice and Men.” An old man searching for remnants of his youth.

He found a nation in the grip of impending turmoil. I wonder what I’ll find? Will the soup kitchens reopen? What will America reawaken to as this long spring dogs us?

[I have no idea why, but The Metamorphosis by Franz Kafka keeps popping into my head. Will I awaken one morning in my Subaru Outback as a giant cockroach? English professors: why did you make me read that?]

But then the lights dim and the spot light shines down on me on the karaoke stage. In Alabama—the one state that has not made it illegal for me to sing karaoke. And to a quickly emptying –running—crowd, we hear the opening bars of what I always felt was an underrated freshman solo effort by Rob Thomas, Something to Be.

The winter of my discontent? Restless. Staring back at myself in a mirror. I need a shave but I think I look pretty damn good for 49 but still?

“Dress down now I look a little too
Boy next door
Maybe I should find a downtown whore
That’ll make me look hardcore
I need you to tell me what to stand for.”

Standing at my fireplace. My naked back arched as I grip the mantle. It’s nighttime in this winter of discontent. Restlessness plus lockdown equals the big no no’s of any therapy session: should have, could have, would have.

But I have seen it. Experienced it. And like catching a fish in the stream with your hands, it wriggles, slips and leaps back into the stream, zipping away as you stare at the distorted reflection of yourself in the water.

I hear the rustling of whips being unrolled behind me. The scratchity skritch of the iron tips rustling against each other. I don’t know why, but it is something I invite.

And the lashes fall, crisscrossing my back. No big deal. I’ve been here before. Been here for a long, long time. The red welts rising, the blossoming pain dripping with the blood, knowing that all I have to do is turn around and they’ll be gone. But I stare into the fire, the gas flame never touching the fake logs. Wondering, as the whips crack.

Today was a good day. I met my step father and his club at Governor Printz Park in Tinicum. They rotate between there and North Avenue. Stories upon stories. Once the “breakfast club,” it has now become the “social distancing” club. Barred from meeting at McDonalds for their coffee, they now bring their coffee and lawn chairs on nice days to form a circle and chat about the old days and current days and the new days.

My step father, Rich, is a pain in the ass. He taught me everything I know about being a pain in the ass and I excelled under his tutelage. Him and my mom fought with me for 10+ years about allowing me to buy them a computer. After my mom passed, I was worried for him. Worried about his isolation, so I pushed harder. He finally relented.

Now, I’m jealous. He has more of a social life than me. Uses the computer far more than I ever did. His forays into Facebook put him in touch with many of his old friends from high school and his breakfast club expanded. He’s learning piano and Spanish as well.

But with the tide coming in at Tinicum, and the cold wind alternating with the warm sun, they wondered if this was the new norm. Just guys talking about who the virus has touched and where. I got after Rich a few weeks ago because he gets rides to the club in Tinicum. As a liver transplant recipient, and older, he’s in the highest risk category.

He received his new liver the day my nephew was born, who is now 21.

“Christopher,” he said to me in that tone only old men can take, “I should have been dead 21 years ago. I was down to 5% functioning and knew I was about to die. I’m living now. Leave me alone. And come join us.”

Other conversations with other people. Talk of surges and spikes and flattening the curve, of border openings and how other countries are doing. Of people barricaded inside of their homes against an unseen agent. Of articles about spread and vaccines and tracing. Of a reality that we must awaken into, hearing again and again, “when this is over, we’ll…”

I especially love my house in the spring, the house I have to try and sell. I like the colors. Tracy did an incredible job with the perennials to blend them with the existing landscaping. I particularly like the blue/purple ground cover at the base of the fiery red tree. But I also just enjoy the simple green slowly replacing the browns. All emerging at different rates to flower at different times.

And the house lights come on and I turn away from staring into the fireplace. A little too headstrong is an understatement. Something to be is something I know. It’s about staring down the should haves, could haves, and would haves. With a towering, fiery arrogance that can only be born of SW Philly, Infantry, and 49 hard years: “Piss off.”

It’s about the now. What will I find out there with the music playing and the high winds wrapped around me urging me onward and outward? Will I find an America that I never really knew? Will I find a me that I knew so long ago? 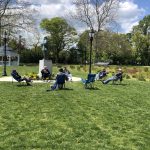 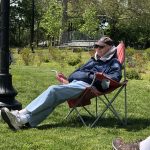 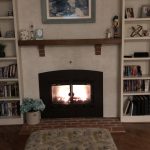 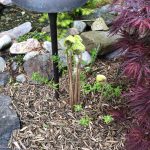 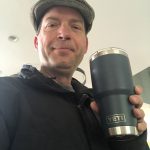