Once Upon a Home 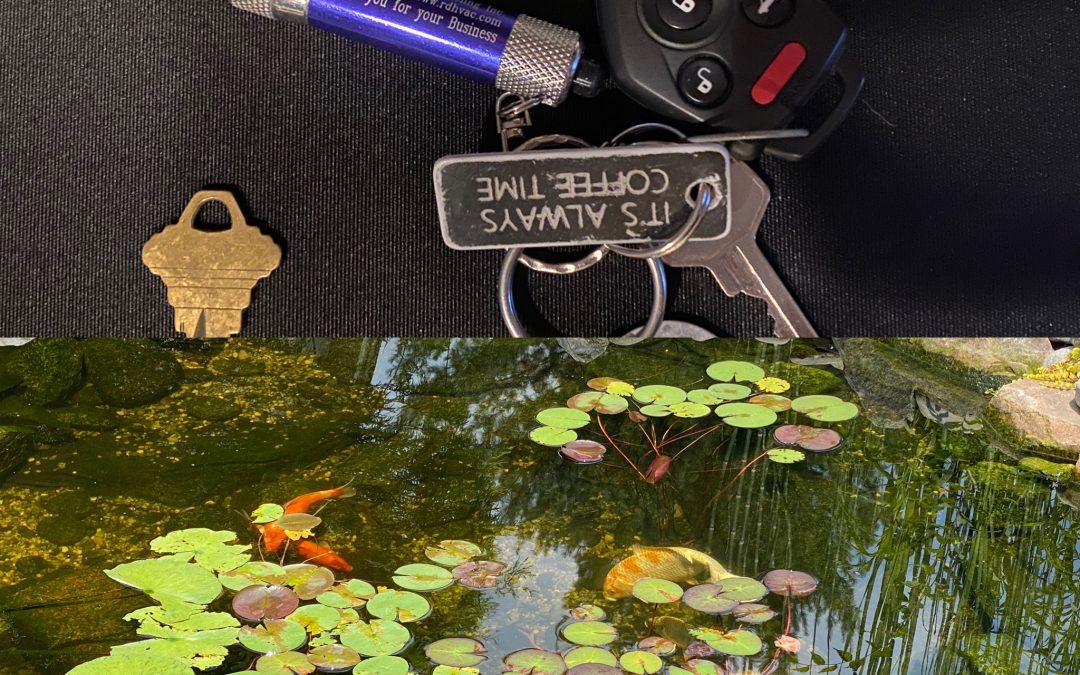 The home of my dreams is no more. I’ll miss the koi. I’ll miss the beautiful landscaping that my wife made happen over the last six years. Not so much the weeding. I found an interesting thing: it was never really a home the past six years. It was only since I sold my business in December that the house felt like home. Without the long days, weeks, months and years of a business partner who was never really a partner, forcing me to carry the place into the new paradigm, the house became something more of a place to sleep and make coffee. I became a willing caretaker instead of a chore doer. A house became a home.

Then, the terrible spring came, the Great Detention of 2020. Lockdown. Locked inside a…home. A trip to Poland, an apartment on the coast of Italy, a friend waiting for me in Greece, and then a walkabout became a scramble for all of the things I had just given away. Spoons. Plates. Lamps. Something, anything, to put inside of the fridge besides coffee and coffee creamer. I even bought beds in case I could rent rooms.

A late winter, sitting in front of the fireplace, attempting to fight off the Covid Hibernation effect. I got busy on my home. I worked on the projects that I could not do for years. When warmer weather arrived, I started working on the pond.

I had hated that damn pond. It’s an ugly thing in the winter. Hibernating fish. Murky water. Overgrown weeds and edges. No running water. Just something that was alive but only barely. Then, it began to awaken. Looking out at the pond, with the fish awakening on warmer days, I began to get the feeling of a child the week before Christmas, waiting my turn for Turpin Landscaping to open the pond.

The guys from Turpin Landscaping finally arrived. I knew there was a problem: too many fish. The koi had been very busy the previous spring and a half dozen koi became 60. A Facebook post: who wants free koi? Come and get them now. 60 dwindled to 12 as the guys power washed everything, dredged it and I got busy tackling the edges. The pond reawakened with a two waterfalls and a stark, barren edge that I knew would regrow.

The pond I hated became my new project.

I broke the pond. Tearing out a 10 foot long, 3 feet wide and 8 inch, 120 lb “weed” shifted all of the rocks out of place. The call went out to Turpin again. Kevin came out to fix it.

“While you are here…” A new light for the waterfall, a new light for the pond, a new pump, and then tackling the eyesore of the basin that fed it, covering it with slate and rocks. The final touches, water lilies, would have to wait until they arrived.

I would sit by the pond every night after that, just taking in the evening and my home. Even as I emptied the house —again— in preparation for the buyers, as everything was sold and given away —again— I’d sit outside with my koi with my foster cat watching from the window.

I became a failed foster and adopted Savannah. In the final week, she was taken to my step father’s who agreed to watch her while I went for a drive. My home, without the meows, became a house again, emptying quickly. I sold a shell, a blank slate, to a new family of four to make into their home.

I hope they remember to feed the koi.

There has to be the question; are you nuts? The mid life cris not going too well? Why not just take the money from the sales and start over?

I left a few things in storage. The car is completely packed. And then repacked. And I probably still don’t have it right. I’ll be leaving soon, hugging Maryland’’s eastern shore to Norfolk, meander my way through North Carolina to Nashville and then Memphis, cut south through Georgia and then down into Miami for phase one.

It’s not easy. Because of my past,”home” has always been my golden grail. Stability. Roots. There’s a certain amount of fear and anxiety. To leave everything I know, safety, for the unknown. The Chris Show on the road, from hotel to campgrounds to friends. Maybe a lab here and there. Packing away my desk top for a lap top was especially difficult. I owned one of the first laptops and I still hate the damn things.

But then there is the statement that is like a strong wind pushing at my back: you’re doing what many, many people wish they were doing. Time and commitments make it impossible. So why not now, before “next”? Perhaps making the now the future? Push the sun up into the sky with this old, achy back for a few more days of the summer of youth.

My adopted cat now has a foster father. My adopted daughter not speaking to me. An old, achy body that is just looking for a beach with one of the funky drinks with a tiny little umbrella. An exhaustion of spirit and soul that goes beyond my skin snd bones, underneath the muscles and veins. An exhaustion that I’ve been pushing aside for over a decade to do what needs to be done. Hoping to find something out there, even if it is just acceptance that I’m just too old before my time. Accept the consequences of 50 years pushing myself to do what needs to be done and be done with it all.

So it’s time. Time to leave the adopted cat with the step father I was left with. Her howls following me out the door, down the steps and to my car.

Elephants in the Room —Coughing

The first elephant in the room is Covid. While most people are hunkering down into shelters and homes, I’m driving into the hot spots, where Covid is raging through the US, spikes, deaths and fights over opening, closing back down, masks, and into the heart of “scamdemic” mentality.

“Into the wasteland” is a line from a song that is on repeat in my head, from the X Ambassadors.

Covid scares me far less than the divisions in America. Fault lines began to appear under the Obama administration. Trump hammered at them to win the presidency causing a tsunami of what I call the “Trump Effect.” An election on the horizon. The right calls it a fight against the extreme left. The left calls it a fight for the soul of this country. I personally think they are all a pack of rabble. Especially with the US response to Covid, I’m just not proud to be an American anymore. Is this a reality? Or is this the an overly sensationalized and divisive media?

“Congress shall make no law respecting an establishment of religion, or prohibiting the free exercise Theron; or abridging the freedom of speech, or of the press; or the right of the people peaceably to assemble, and to petition the Government for a redress of grievances.”

What will I encounter as I travel across America? I’ll be the camera and the note taker. You can be voyeurs, living and experiencing vicariously through me if you’d like.

Koi don’t eat for six months. As soon as the water drops below 55 degrees, their metabolism slows and they won’t eat, going into hibernation. There is a special food for them in the spring and fall, more plant based and less protein. The heavier food will do undigested as they hibernate and perhaps rot inside of them.

Should have, could have, would have. I had a huge meal of potential and possibilities before the Covid Hibernation. I awoke. And then was forced to return to hibernation, my mind, like others, rebelling against the reality and locking up during lockdown. The road awakens me.

It’s time to begin the next chapter. 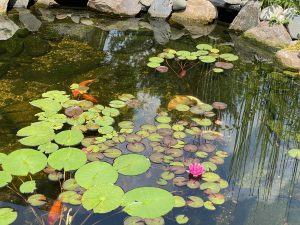 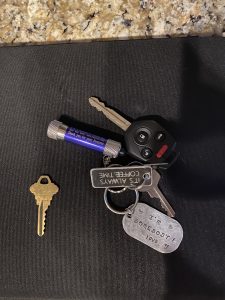