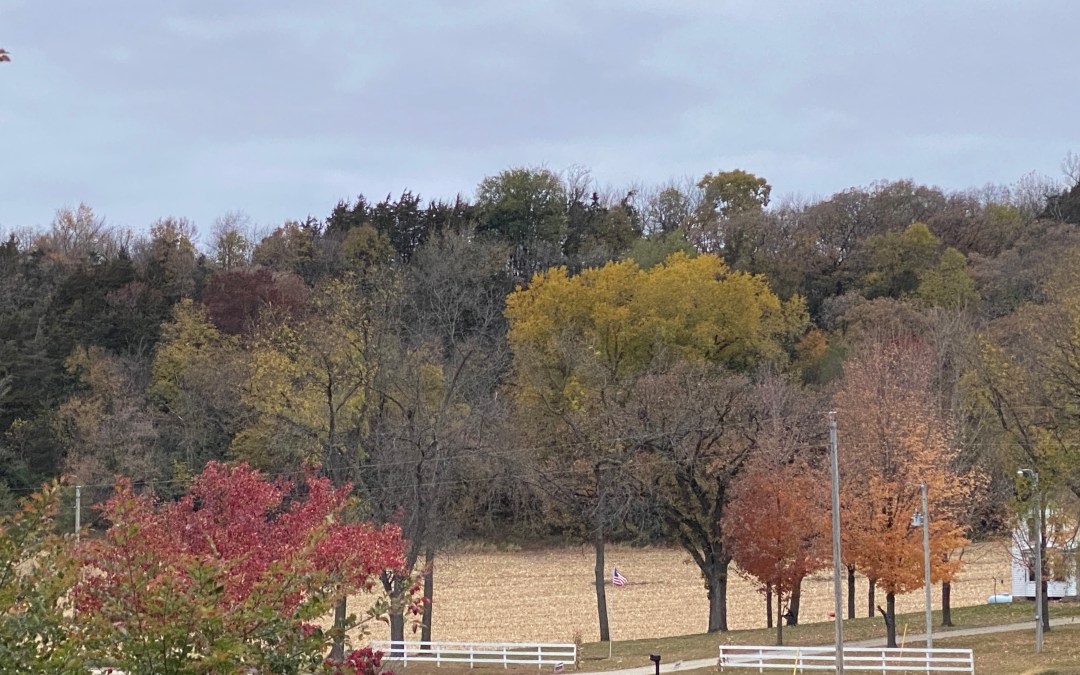 Cheers as I start my way to state #44? #43 Is it Wednesday? Sunday? I’m in Central Time zone, right? Where the hell am I? –“Chris’ World” gets pretty confusing when I start paying attention.

But I think I have grown as a person. With over 26,000 miles on the road, I haven’t had to hit a Starbucks a single time. Craft coffee shops are springing up as quickly as craft beer breweries. I’ve come to the decision though that we are all coffee lovers/addicts and I no longer think of Starbucks people as Philistines. Aye, anyway we choose to satisfy our passion or addiction, we’re all in the same boat. Each to their own! My morning started out with a nice little blend from Central Illinois. Not too bad. 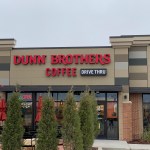 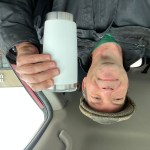 I finally found fall as I traveled north, and a brief touch of winter. 34 degrees as I pulled into my hotel for the night, just south of the Twin Cities. I had a fantastic day meeting up with an old friend, as I continue my one man University of Miami reunion tour. It was kind of kismet? Am I using that word right? The last time I saw Francis was as I was returning from my first major adventure. She was living north of Boston by then and I changed my flights to visit her on my way back from my semester abroad in Scotland. I still have the red Marlboro backpack I’ve been meaning to throw away for decades but just can’t seem to get rid of it.

I was in a house again! –it’s the small things I guess. I can count on on one hand the number of houses I have been in since I started this journey over 100 days ago. Dinner was fantastic. Francis and her husband, Chris, have a propensity for taking in strays. The conversation was just so natural and flowing, covering a dozen different topics. It was just as if we were back at UM. Frances had left me at UM, though, to head to Boston to become a doctor or some such.

After we finished dinner, we were chatting the in the living room when her daughter came home. We did the math. Aubrey, 19, is the same age as Francis was when we first met. I think everybody at UM worked at the Rat at one time or another, more for the free beer than anything else. They told me the best choices to stay to venture up into the Twin Cities and the best route to take away towards my next destination. It looks to be a beautful scenic drive along the Mississippi before heading east into Wisconsin.

The day was just…comfortable. And seeing Francis again sublime. A shy young lady grown into a woman, doctor, wife and mother. But what is it about women? I have an issue with all of you–as I am sure it is returned. No ladies: beautiful is beautiful, changed with age but not diminished in any way. I had a conversation a few days ago about the philosopher Descartes and the nature of reality. No, I’m not blind or stupid. Age affects all of us. I see it every time I look in the mirror. But there is something about beauty. I don’t know what you see in the mirror, but I see a smile and a warmth when I look at you. The spirit of our younger years gets superimposed on the images of today. Reality is perception, something we create.

When I first started on this journey, I let Frances know I would be there. Eventually. She said she would explain why she was in such a small town. After traveling through all of these major and minor cities, small towns and places that make towns look like cities, she didn’t have to explain. I can see the attraction.

“It’s beautiful here,” she said, “as long as you can ignore November through April.”

Her husband responded, “Which is like asking Mrs. Lincoln: besides the incident, how did you enjoy the play?” –I liked his sense of humor, but I am guessing winters must be harsh.

Columns were tumbling in my head today during the drives which seem to be becoming shorter. The east is much more compact it feels? I haven’t been happy with my last few columns. They are all just “notes” for future use, something I wing each night before I go to bed, but I still like to produce something readable. I personally felt the last couple were trash.

Minneapolis and St. Paul look like one big metro area, but Francis and Chris explained they are two distinct cities, each with their own downtown.

The columns have been pulling at me as I get closer to finishing this journey. And beginning the next. I’ve been trying to keep them light and easy for people at home, a “see what I see and experience” type of column. But like the Twin Cities, the thoughts that go into them each have their own downtown. I won’t pick on one of the twin cities. Downtown “Travels with Coffee” has a few trips into a deeper topic that will be one of the books. Travels with Coffee, though, is just a construct on The Coffee Chronicles. Soon, very soon, Travels will be pushed back into a sub section of the website all to itself and the Chronicles will take center stage again. Soon, very soon, it will be time to dive deep.

The metaphors call to me. Rivers and bridges. My first real short story that seemed like a foreshadowing of my future. And he submarines. It’s hard keeping it all straight as I pick up speed and the drives get shorter. Soon, very soon, after a trip through Wisconsin and a northern route into Michigan, I’ll be on I70, the fast lane to Baltimore. With a side trip down into West Virginia.

Roads that crisscross the nation. No meandering on them. Just a speed limit to push the boundaries of.

But. For now. For tonight. A very nice day indeed. And yes, that is what you think eating dinner with the cats. I’s just a baby so be nice.

And I got to play with a dog today who allowed me to pet the cats only as long as I was still petting him. 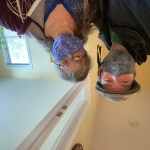 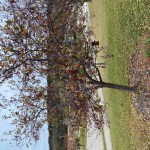 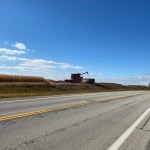 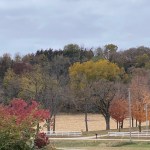 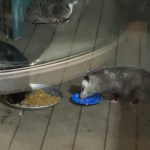 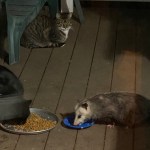 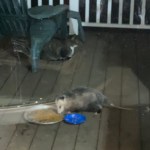 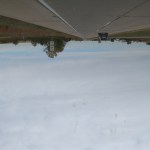 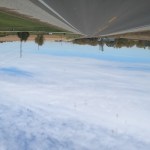 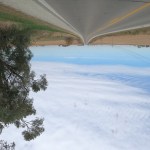 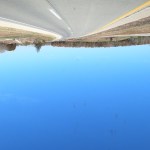 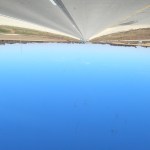 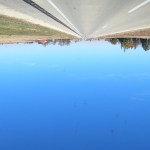 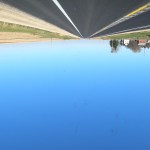 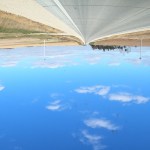 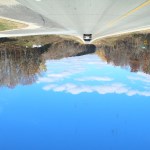 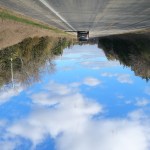 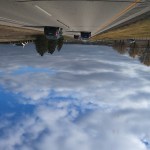 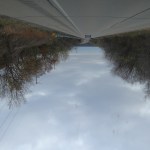