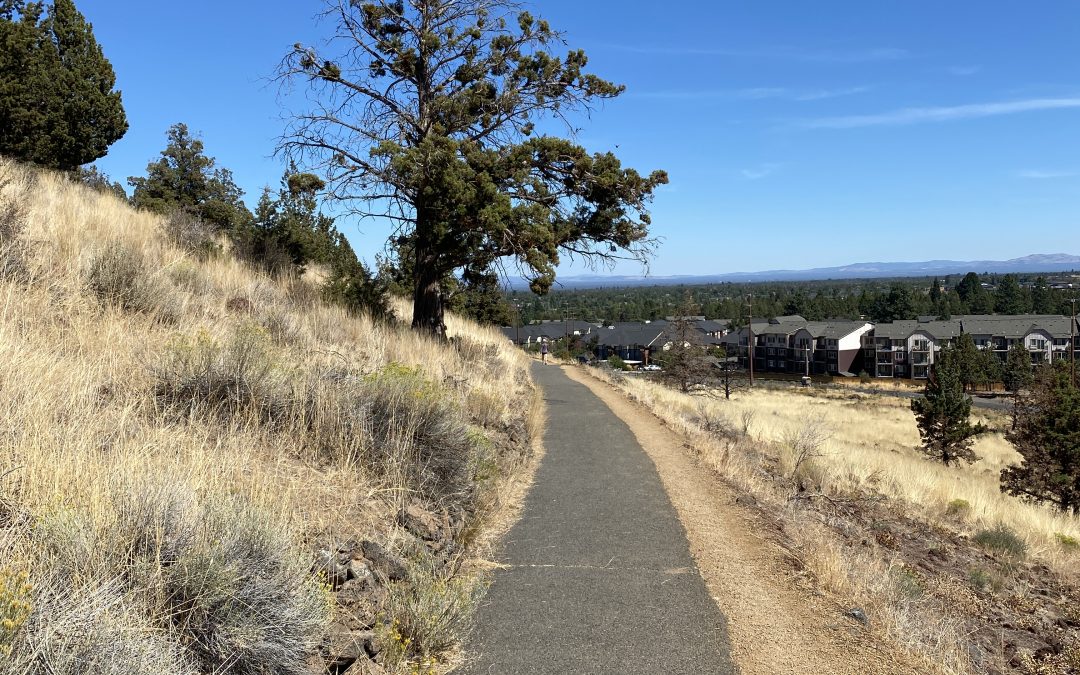 What does a guy do when waiting for his car to be serviced? If you are in Bend, Oregon, and the guy is me, you climb a butte.

“I don’t know if you want to, though,” said the young woman taking my keys. “It’s really hot out there.” I think it was about 95. I just kept my mouth shut about the 106 degree hikes I was used to. “I’ll be fine,” I replied.

Pilot Butte is an old cylinder cone from an eruption years ago. It’s really just a baby at 180,000 years old. It juts up in the middle of Bend, and, unlike San Francisco, they actually built roads around it instead of just plopping one down on top of it. Yeah, yeah, yeah: I’m bent out of shape about San Francisco. Going up in both directions offends my sensibilities. As I don’t have many sensibilities, you know it must be something. But doesn’t it also offend the laws of physics? Anyway…

The butte was an easy hike, about a mile circling around, that gives you an spectacular view of the entire city with the Cascade Mountains as a backdrop. You can even drive up. Bend, I was told, was a dump about 30 years ago. Now, it is a vacation destination. “Vacation destination” doesn’t offend my sensibilities, but it does put a tiny bit of pressure on them. Vacation destination? What do you mean? There’s no beach. But that’s the Pacific Northwest (PNW) mentality. I heard a lot about people doing PNW things. It’s about camping, hiking, kayaking, white water rafting and things like that. That’s vacation. Or just getting out of the city and escaping to a cabin where quiet reigns. 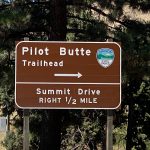 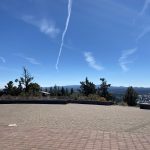 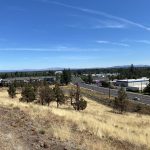 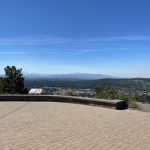 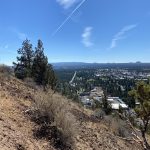 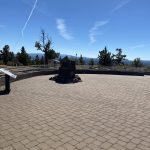 But Bend was nice. Expensive, but really worth it. After 13,000 miles, it was really the first place that felt “normal.” You could actually see people smiling under their masks, there was midday traffic as there was supposed to be, businesses were open for the most part and people seemed to be moving forward instead of stuck in the Covid Hibernation. Precautions were in place of course. Masks, physical distancing, plexiglass, outdoor seating, etc. Much of what I had seen in other places. But in Bend, it felt normal instead of forced.

I found out they closed for March but then slowly started to reopen.

That night, I went to an iconic bar, McMenamins. I was personally upset at Bill for never mentioning he had a pub and brewery. –that’s an inside joke. It’s just ironic that my neighbor from Springfield, PA, in St. Francis Parish, had the same name as a pub and brewery across the continent on the site of the old St. Francis school? Okay, okay: things like that tickle me. One of the things Oregon is known for is craft breweries. McMenamins did not disappoint. I had a local favorite: a Ruby, a red ale. Two actually, with another local favorite: an elk burger. Great combination! 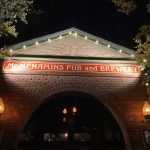 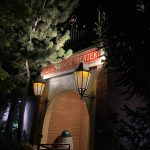 At the pub, I started talking to this couple. That was another thing: people willing to chat. Fantastic couple. They were from Portland and out here to escape the city. It was another thing that pushed at my sensibilities. He was my age and considering quitting his career. We talked about it. Money, security, keeps us in place. But should it? What really does lie beyond the next bend? The entire thing also made me a bit sad to be honest. His wife (or partner or?) was urging him to quit. I checked out his Instagram account. If he decided to make the move, he was going to have a cheering section, his best friend, and all of her support. I wonder what is going to happen?

But then it was off down the road, west along the scenic route to Sisters. I just find it fascinating how these towns spring out of nowhere. It’s like someone chopped a bit of forest down, threw in a road, and decided to start a town. You come across a lot of them. Sisters was one of the nicest ones, small but orderly and scenic. I’ve been through a few that I wasn’t about to stop in. But you never really know. It’s one of the interesting things about driving the scenic routes and smaller roads. On the big highways, you speed past everything. Sometimes, you have to jump off either for gas, or a bathroom break or something. Will the exit lead you immediately into a town to get what you need, or will you have to drive a few miles to a gas station with one or two pumps?

Along the byways, you are not assured of anything. Here in Oregon, when I first arrived from California, I went miles without seeing another car. A small town appeared that I really didn’t want to stop at but I did. Then, a few miles down the road, was a nicer, shinier town.

Sisters was just about as nice as you could ask for. I had heard about it from someone and when I had jokingly said I needed a haircut, they gave me a phone number. It was a salon sitting in a little strip mall. Great haircut and I think she wanted to refuse my tip , but then she gave me directions to the Sisters Coffee Shop. 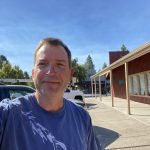 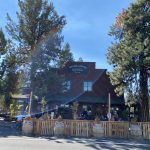 The drive from Sisters to Salem, where I picked up the speedway of Route 5 (the west coast 95, running from Canada to Mexico) was another lesson about the scenic byways. Sometimes you win and sometimes you get stuck. East and West Oregon is the high desert. Beautiful country, the roads twisting you down thousands of feet, that I had plenty of time to enjoy the scenery because there was absolutely nowhere to pass the cars and trucks in front of me.

Gorgeous day for a drive though. Both the windows down, AC off, and not cursing that much about the people in front of me. The thrill of FINALLY getting ahead of the truck and having the road to myself for a dozen miles–only to catch up with the next pack. When I finally hit Route 5, I was ready for some speed. But, like on 95, it can be hit or miss.

I really don’t know why three lanes are so confusing to everybody. One lane, everybody knows their place. Two lanes, fast and slow. Three lanes, they don’t know what to do with themselves–but if I am passing you on the right, you are WRONG. In this respect, Oregon is no different than any other state. Right lane: slow. Middle lane: speed limit. Left lane: get the hell out of my way or can you keep up? 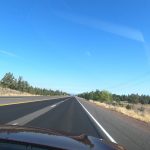 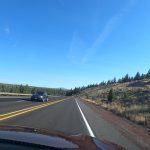 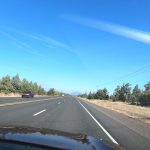 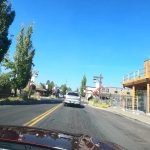 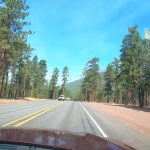 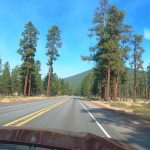 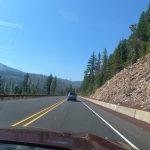 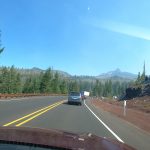 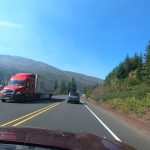 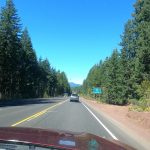 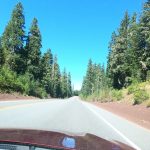 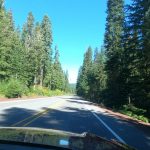 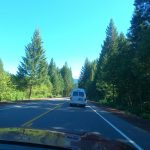 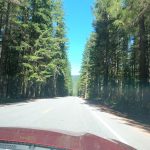 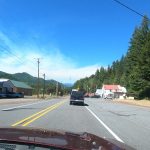 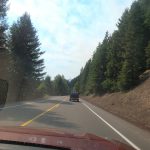 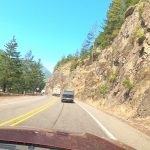 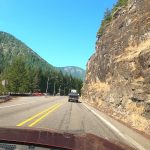 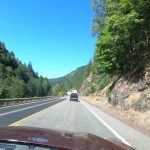