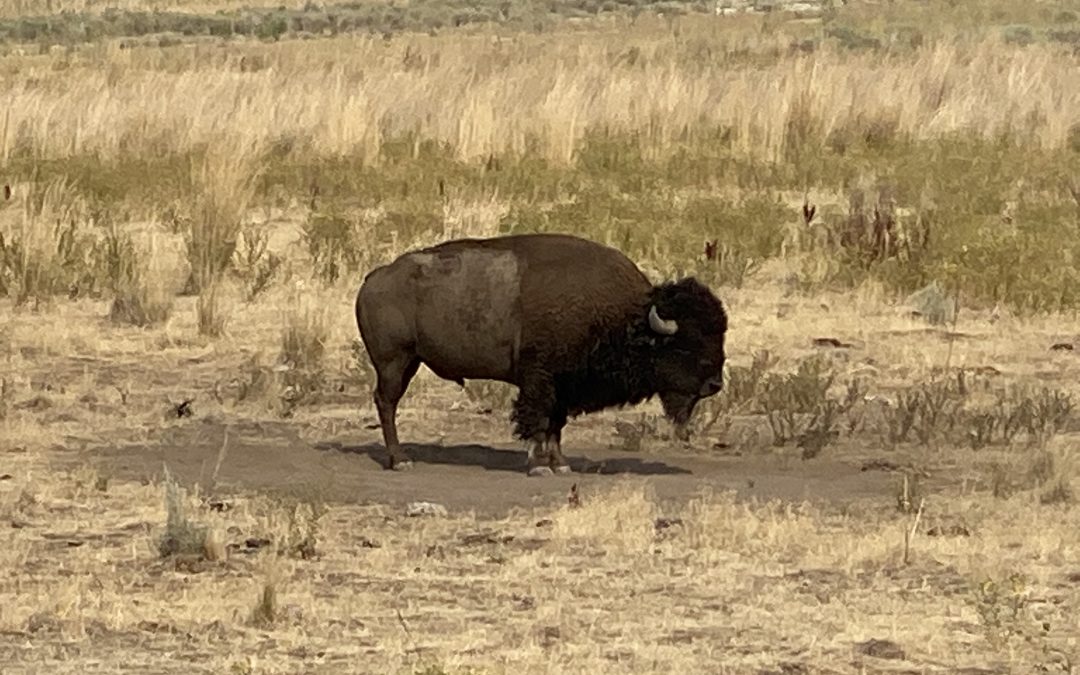 I don’t know what most people think of when they think of Salt Lake City, but it was nothing like I imagined.

“First thing,” a woman told me told me with a laugh, “we’re not all Mormon. I come from a huge Catholic family.” I was checking out the guide book and there is also a huge Buddhist community, brought in from migrants. As the Japanese moved east, displaced by the great earthquake in California, they brought their religion. Now, it has become an epicenter where all are welcome.

In many respects, Salt Lake City is like every other major city. It has the huge super highway running through it and sprawling metropolis where everything is bunching up on each other. It’s as slow as every other major city as I have been to with Covid, with empty streets and little traffic off of the highway, but you can feel the need to have more people on the streets. Irene, who told me about the Catholics, also mentioned the big difference: within 15 minutes, you can be in a canyon away from the city and in nature.

I did blow out my knee in Arches National Park so I wanted to take it easy. A friend recommended Antelope Island, about a 40 minute drive from where I was staying. You drive along a seven mile causeway across the Great Salt Lake and the city disappears. 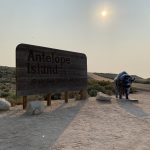 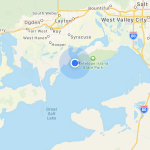 You can drive around much of the island, though there are hikes that can take you to the top of the mountain. It was not the best time to be here–go figure. The fires from California cause a thick haze in the air. People are complaining about it but I just keep my mouth shut–it’s not nearly as bad as Colorado. I wanted to do the hikes but didn’t. I wanted to save what’s left of my knee for today. It was on the hikes, up into the highlands, that you can supposedly see the antelope. On the drive, there are plenty of places to pull over and see buffalo.

There are numerous signs: don’t approach. I wanted to make friends with them but there was the knee. I know for a fact that a buffalo can run a lot faster than I can without the knee. So I kept my natural impulses under control: I like to make friends with everybody and every thing. It’s like meeting the locals. 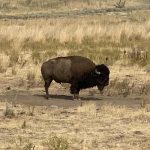 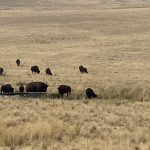 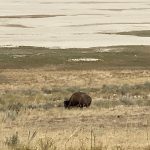 But the Great Salt Lake. I’m a history buff and I guess a bit of a geology geek. I have always wanted to see it and stand in it. One of the things that brought me north to here is the drive to California will carry me across the salt flats. The Great Salt Lake is all that remains of Lake Bonneville that covered much of Utah and parts of Wyoming and Idaho after the last ice age. It’s the largest salt water lake in the Western Hemisphere, called “America’s Dead Sea.” Because it has no outlets, the only way is through evaporation, causing a build up of salinity. The salt makes the water so dense, swimming is like floating in it. I always wanted to stand in it. So I did. It was little bit of a hike. When I got back to my car, my legs were white with salt. 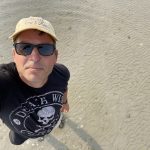 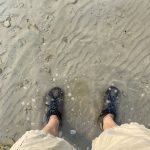 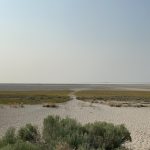 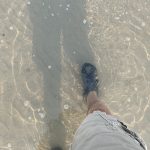 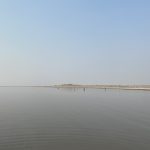 My journey started out on an island (or isle as they say it in Maine). I didn’t see any deer on Deer Isle either. It jutted out into the Atlantic. Okay. I like islands. And bridges. And causeways. And being places I have never been. The differences between different places and different parts of the country are becoming much more apparent to me along with the people and the way they think and act.

It was 40 minutes drive back along that superhighway (speed limit was 70 with everybody doing 80+). Back in the city, I found an outdoor restaurant with live music and social distancing. People are adapting. Businesses are adapting. A think I noticed is the west is more crowded (with crowded being “not completely dead” as people go to the outdoors and state and national parks. Escaping the Covid hibernation. It’s easier out here I think.

But off to my hike in the hazy air. The guide book told me about this interesting little place about an hour away. I’m doing it right this time: sunscreen, proper hat, proper shoes, water, backpack and I’m even bringing a bathing suit. 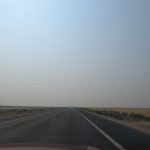 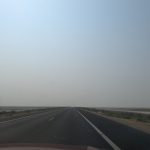 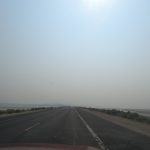 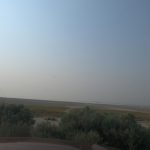 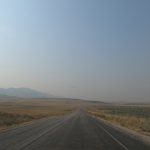 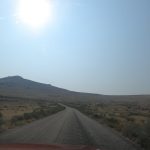 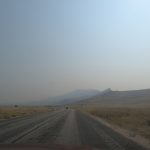 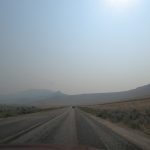 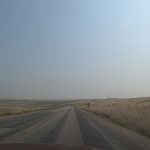