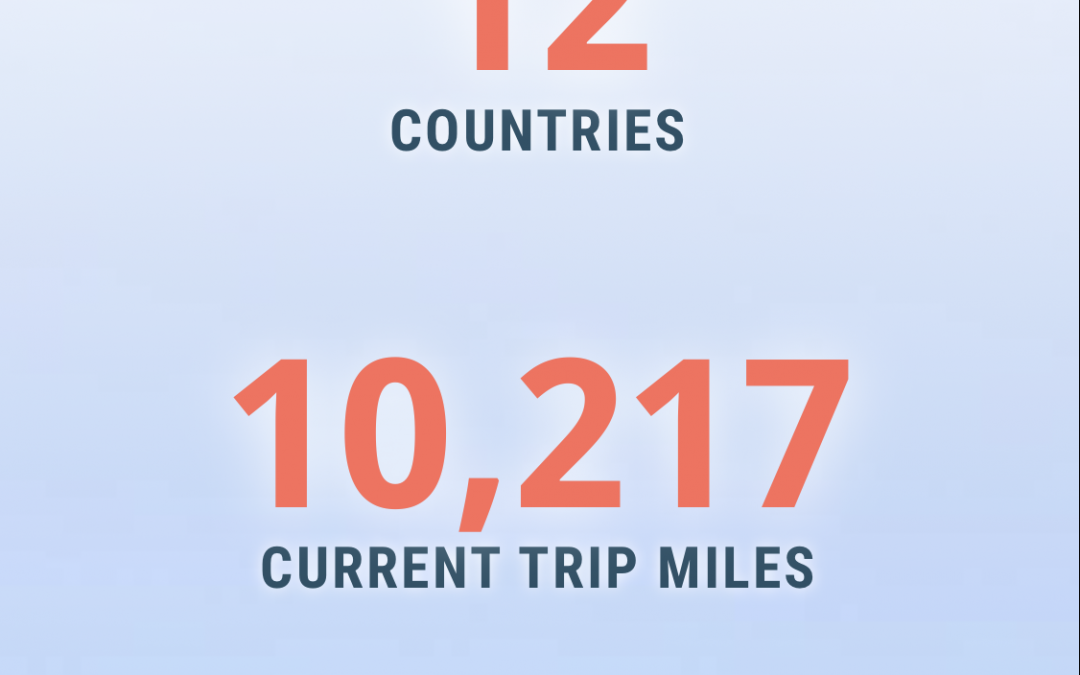 I hit the 10,000 mile mark on the way from Moab to Salt Lake City. It was an interesting drive, but I would need to check a topographical map to be sure–which I’m not going to do. It felt like I was driving up enormous steps, each step 20-50 miles long. Up through mountains and down the other side, but not as far. Down through a canyon, and then there was a Walmart, and then Provost, and then BYU, and then Salt Lake City and an eight lane highway (under construction of course–you’d be amazed at how many highways are under construction). 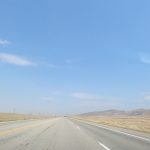 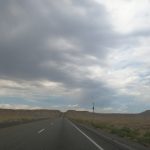 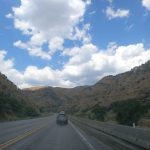 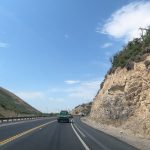 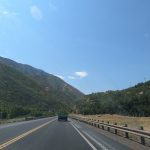 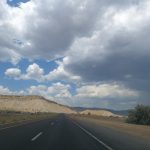 But 10,000 miles and counting, and I haven’t even made it to the west coast yet. The trip to LA alone will put me beyond the 11,000 mark. 3,000 miles of country, six to seven weeks. I have to ask myself, as you might be: “what the hell am I doing out here?” I’m not even quite sure why I came to Salt Lake City when the plan was to go south through Arizona. Now, I have a very long stretch of desert to cover, possibly in one long drive–two hours longer to avoid Las Vegas.

I’m reminded, though, from time to time, what I am doing out here. I was talking to a couple in Moab today that was from Salt Lake City and were taking the kids and grandkids camping with their father. I’m lost. And that’s not a bad place to be. It beats some of the places I could be. Some of the places I thought of going. I gave the guy my card and he said he might check this out and reach out to me. I hope he does. I’d like to talk to him some more. If he doesn’t, though, Salt Lake City was waiting for me. This is the art piece (sculpture?) in front of their civic center. You have to stand right in the middle of a street to get the right picture. Or maybe you are not supposed to get the right picture? 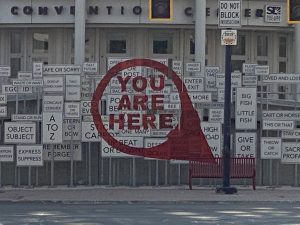 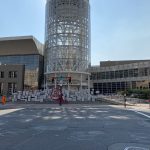 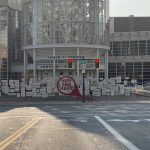 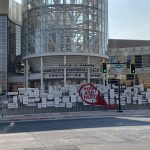 The first sign that jumped out at me was “Lost Found.” But then I walked into the middle of the street and more jumped out at me. Which ones jump out at you? As a whole, I see a blending of contradiction, a harmony of opposites. And “You Are Here” is at the center of them, within them, so it appears blurred if you don’t look at it from straight on. Signs are at different depths.

I made a circle to come back to the signs/sculpture. It was a random route that I took but it was to the center of Salt Lake City, The Temple is the center of Salt Lake City, just as surely as William Penn is the center of Philadelphia. The original church, the temple, the choir and the conference center. The grounds were enclosed yet open and inviting. The city streets were quiet outside as all cities have been, but the quietness was more pronounced even with the construction going on. I wanted to go inside but, of course, everything is closed until further notice. 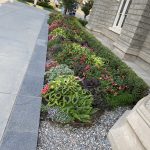 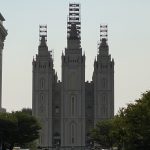 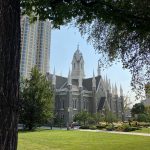 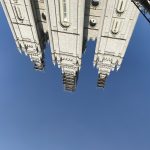 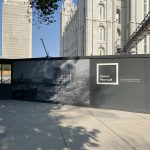 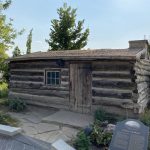 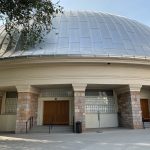 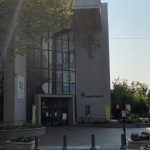 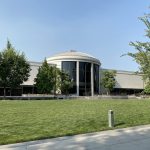 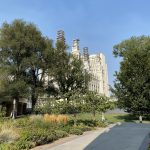 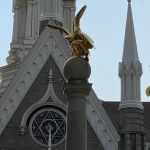 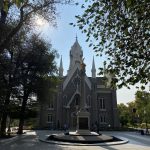 Right down from the church is, to me, a contradiction: City Creek Center, an enormous and beautiful indoor/outdoor shopping mall with a creeks running through it and multiple levels. 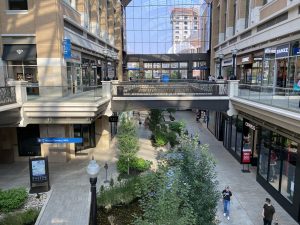 And then I came back to the sign and stood in the middle of the street. I needed to see the “You are here” as one depth. And see what else jumps out at me.

Perspective: use it or lose it.

On the drive here, a column was percolating in my head, something about mercy, aloha, being lost and something from one of the original columns. There is an entire other piece being written inside my head with each travel column. The two are a blended contradiction. A teacher/advisor awaits in LA. I’ve been finding them haphazardly as I go, like the man I spoke to this morning. There is a destination now. At least momentarily.