A Hush in Texas 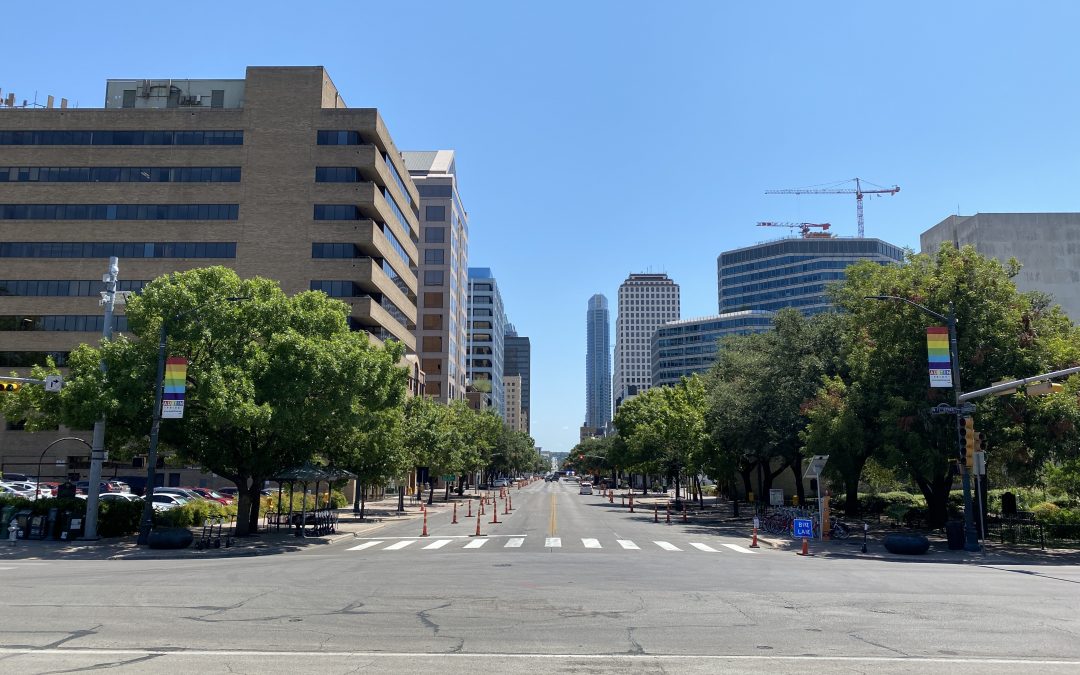 Wandering through downtown Austin, at first I was thinking Paula Abdul. “Hush, hush.” Then, finding out it was “Rush, Rush,” I turned to Deep Purple. Now that song is “Hush.” But nobody was calling my name. So then how can you not think of “Tush” by ZZ Top when you are in Texas?

“I been bad, I been good
Dallas, Texas, Hollywood
I ain’t askin’ for much
I said, Lord, take me downtown
I’m just lookin’ for some tush…”

But all that you find is hush.

I’ve been in Austin before, a few times, just north where some friends live. I like Austin. I was down there on a Thursday afternoon and there was a marked hush to the place, so different from the hustle and bustle I’ve see in the past. Congress Street is the main road that starts at the capital building. I was able to stand in the middle of the street to take pictures of the building and down away from it. Other streets as well. 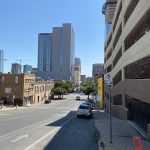 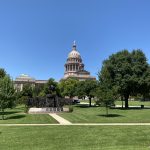 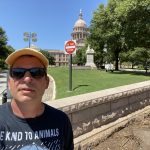 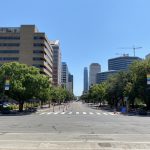 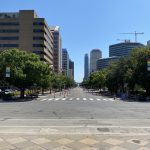 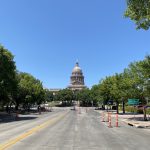 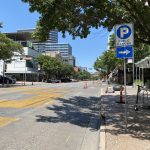 But what is a trip to Austin without seeing one of my musical heroes? I was told that Stevie Ray Vaughn had been vandalized. They tried to pull him down. Failing that, they spray painted “FTP” across him. I was ready. I brought a special shirt to wear in case, though my friend told me it might not be prudent to wear it. I support the police. I brought my FOP shirt. But there was no need. Stevie had been cleaned up. I also found that it was not the first time he had been vandalized: after the Eagles won the Super Bowl, some Eagles fan did bad things to Stevie. Philly people.

Stevie Ray Vaughn came up in Austin in the Texas Blues tradition. It was a long, hard journey to decide who was my favorite guitarist, Eric Clapton or Stevie Ray Vaughn. I finally came to the Texas Blues tradition. So I made the trek along Ladybird lake, the riverfront that runs through Austin, to see Stevie Ray. As a part of the statue is his shadow. He was a short man who couldn’t read music but he cast a long, long shadow. BB King said of SVR: “To play the blues, you need to be black twice. Stevie missed both times but I never noticed.” 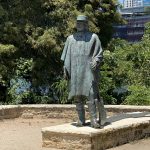 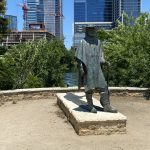 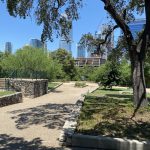 Ladybird Lake is a part of downtown Austin and is the Colorado River. It’s a nice area where you constantly see walkers, joggers and bikers. Even in the hot Texan sun, there is shade. Out on the “lake” you can see people paddle boarding and kayaking. Boat tours are normal–in normal times. Like the rest of Austin, it was hushed.

One of the not to miss sights, that I have now missed on all four chances here, is the bats. The bridge that crosses the lake along Congress Ave. is home to thousands of them. You can hear them as you walk underneath the bridge on the river path. Sometime around sunset, they’ll leave for their evening hunt like a cloud rising up. I’ll get pictures of it. Eventually. It is typically a two our window and I just don’t have the patience for it. 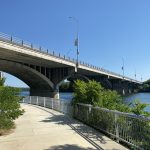 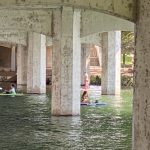 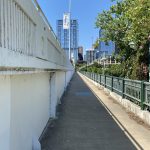 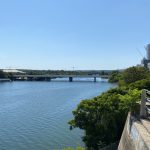 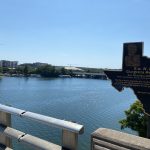 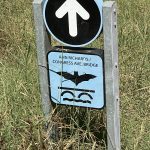 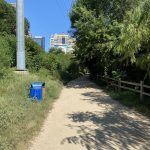 Austin is an odd city. One of its mottos is “Keep Austin Weird.” The citizens oblige. It’s an artsy city with awesome murals and, well, women going topless is legal–they celebrate it once a year. It’s an odd little pocket of liberalism in a very conservative state. The states capital and supreme court building looks upon it all. Sam Houston, when Texas was its own country and he the president, tried to switch the capital and sent troops to get all of the official records after negotiations failed. A middle aged women, Angelina Ebery, saw what was happening, set off a cannon blowing a hole in the building, and the people rallied and pushed back the troops. There is a bronze statue in her honor where she stood on Congress Street. Hippie Hollow is a nude beach at a lake.

But Austin is an interesting city, smaller than its fellow, nearby Texan cities of Houston (161 miles), San Antonio (91 miles) and Dallas (161 miles). –now my Austin friends are weirded out, asking what’s in the middle?

PS. So I asked my friends, what does make Austin weird? I got the usual answers: the art, culture, music, nudists, etc. Then, I got a history lesson. It started out as way of supporting local businesses. Big chains are not welcome and the locals make it known. When MTV did their “Real World” series here, they were chased out of bars and restaurants. But my friend Crystal said her first day here she saw something that made her feel good. She was having lunch at a cafe and saw something you don’t typically see anywhere else. A lawyer (she later found out) was on his way to work, dressed as lawyers will dress in the suit and impeccable attire. Next to him, was the Lizard Man, tattoo artist, covered head to head to toe. She found out later that they do this every day, walk to work together and then walk home together. “Acceptance”  is what makes Austin weird. Everybody from all walks of life mingle and get along…and are just nice to each other. Race, religion, creed, sexual orientation, political orientation and all of the other things that might divide us simply doesn’t matter here. Let’s make America weird? 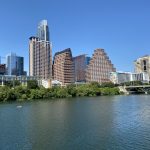 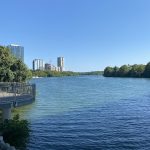 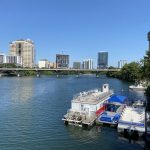 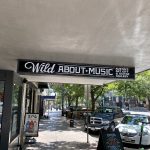 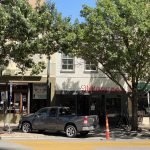 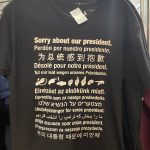 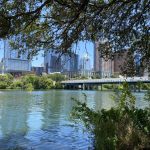 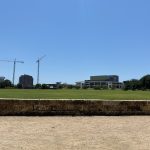